Here is the new weapon entrusted to Valentino Rossi and his new teammate Maverick Vinales for the 2017 season. The young Spaniard joins the legend and takes down the factory handlebars left free by his compatriot Jorge Lorenzo, himself in transfer to the Ducati team.

Presented in Madrid on January 19, 2017 at the premises of Movistar, flagship sponsor of the team, the new YZR-M1 2017 has only one ambition: The title. Led by the most experienced rider of the field still in search of his 10th coronation, and by the most promising rider of this season, we know that we can count on the Yamaha to animate the debates.

In 2017, the YZR-M1 naturally includes a new engine, a new chassis and a new swingarm. But in the manufacturer’s own opinion, the 2017 M1 is more of an evolution rather than a real revolution, the goal being to keep the philosophy of the machine..

Visually first, the new YZR-M1 is very close to the previous version. Apart from the regulatory disappearance of the controversial fins democratized by Ducati and which appeared on the Japanese at the end of the 2015 season, the new generation M1 is distinguished above all by its deeper blue, and the change in color of the lower fairing which also changes to blue..

If the disappearance of the fins was decided this year for safety reasons, it does take a lot of aerodynamic work (estimated at around forty kilos of additional downforce on the front). Compared to the competing Ducati where these appendages had taken a decisive place, the disappearance of these should less handicap the firm with tuning forks which had not embarked on the race for the biggest … But aware of the help brought by these fins, the Yamaha engineers showed ingenuity and we could see during the pre-season tests of Sepang at the end of January, discreet fins hidden inside the fairing of the M1 to counter the loss support. At the test stage, we do not yet know if this parade of the regulations will be materialized … or even authorized! Whatever the case, the engineers therefore had to return to the quintessence of their machine: maneuverability. The M1 is indeed renowned for its homogeneity and it is therefore in this area that the work has been carried out.

Engine point of view, no obvious evolution. Appeared on the M1 in 2004, the ‘crossplane’ type crankshaft setting is retained. (crankshaft pins positioned at 90 ° with respect to the following one with asynchronous ignition sequence). The engine is in fact better filled at low and mid-revs than a traditional 4-cylinder set at 180 °, but less explosive at the top. It is easily recognized by its hoarse and cavernous sound, very different from the usual multi-cylinders..

On the technical sheet side, hardly any changes in view of the data communicated. Although the engine, braking and ground connections have been revised compared to the previous season, the M1 retains its aluminum frame allowing it to respect the 157 kg on the scale (maximum weight authorized by the regulations). The whole supporting the trifle of more than 240 horses. Exactly like in 2016 then. Engineers specify that the M1 takes more than 350km / h and 60 degrees of angle.

For the rest, nothing new, the damping remains entrusted to Ohlins (without electronic adjustment) as for the entire chainring (except KTM which puts WP). Braking side we talk about Brembo with big blows of carbon discs from 320 to 340mm for the front (steel disc at the rear). The unique electronic box and imposed on the entire board is a Magnetti Marelli. It is he who will supervise the various piloting aids (traction control, anti-wheeling, etc.).

Then ? Will 2017 be Rossi’s 10th title year? Or will we see the dedication of young Maverick? Start of response on March 26 with the GP of Qatar which will mark the start of the new season. 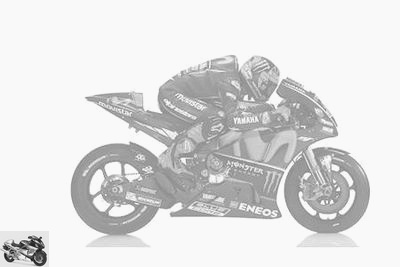 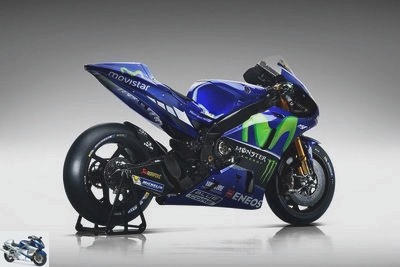 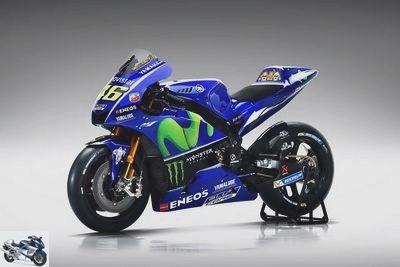 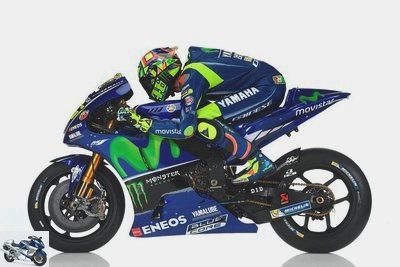 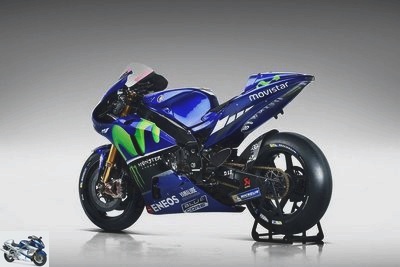 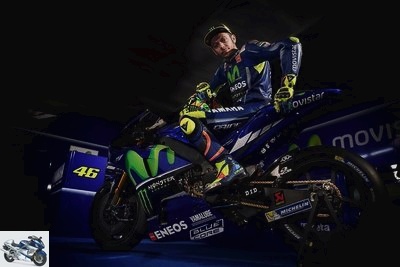 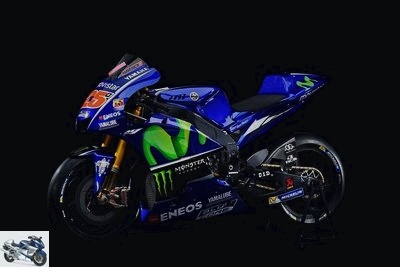 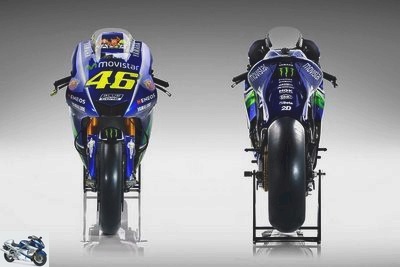 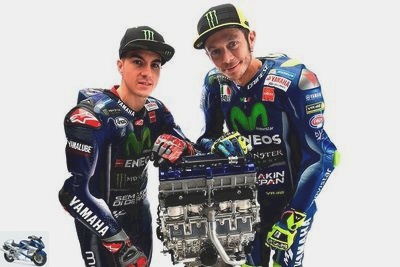 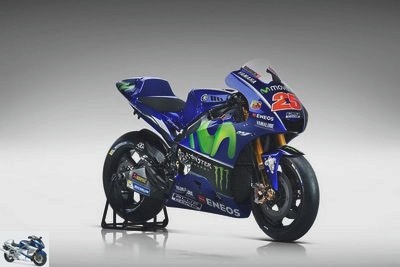 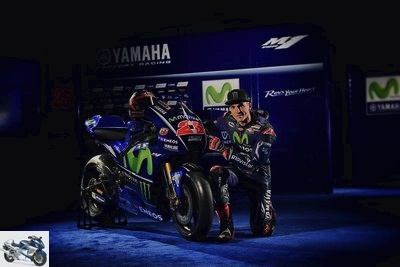 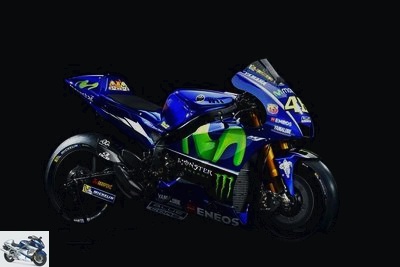 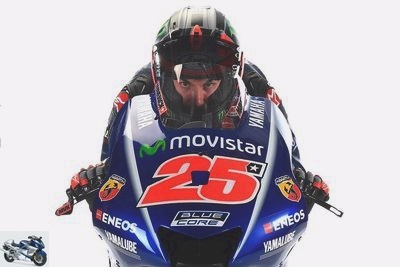 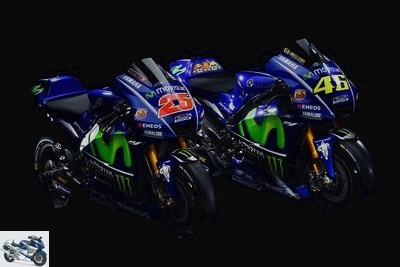 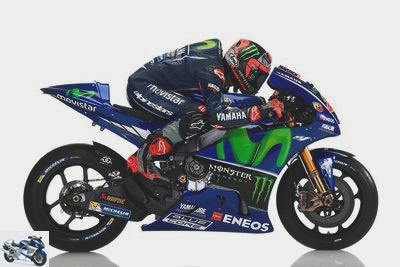 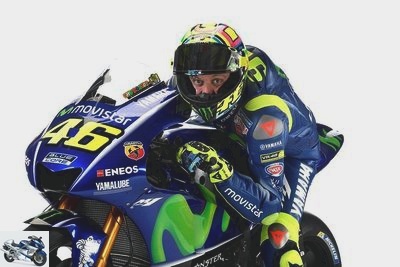 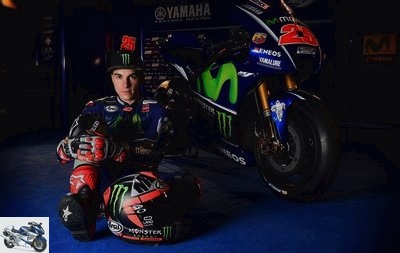 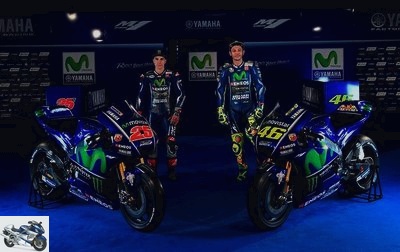 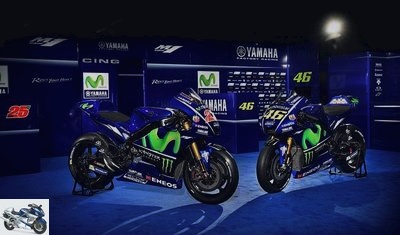