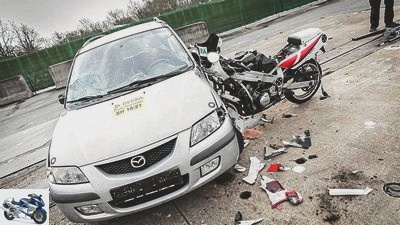 The number of motorcycle accidents continued to decline in 2016. Above all, there are fewer and fewer fatalities.