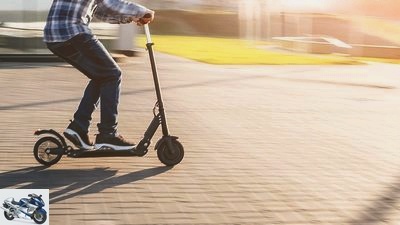 E-scooter caused the accident
Over 1,000 injured in the United States

The number of injuries reportedly in accidents involving electric kick scooters in the USA since the end of 2017 is estimated at over 1,000. There have even been deaths. Hospitals and municipalities urge people to use helmets.

In the USA, a lot of people now use electric scooters or so-called e-kick scooters – without a helmet. The scooters are often borrowed spontaneously and you don’t always have a helmet ready. Borrowed? Yes. In many American cities there is now – similar to car sharing – e-scooter sharing. In contrast to the full-blown scooters from sharing providers such as Stella, Scoo.me and emmy, the kick scooters do not offer any space to store a helmet safely. For example, e-scooter pilots in the USA usually drive the borrowed vehicles through the streets without protective helmets. Not without good reason, because the scooters at least reach a maximum speed of 15 mph, i.e. a little over 24 km / h.

Scooters can be borrowed or private

The numbers were published by Consumer Reports – an American consumer organization that contacted over 100 hospitals, police stations and other municipal facilities in nearly 50 states for their research. Agencies that work for the two largest e-scooter sharing providers Lime and Bird were also surveyed. Examples: Grady Memorial Hospital estimates the injuries treated in the emergency room in connection with scooter accidents at approximately 360. Vanderbit Hospital in Nashville puts 250. This is about a period of about one and a half years, because at that time the providers started with e-kick scooter sharing. 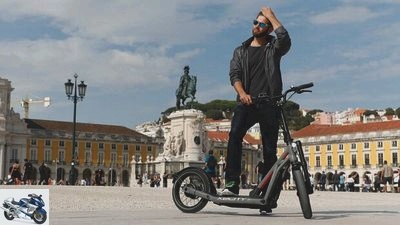 The BMW X2City has been available in Germany since February 4, 2019.

However, not all electric kick scooter accidents happen in connection with rented kick scooters. In the USA, the terminology is not (yet) used in a particularly differentiated manner, a scooter or kick scooter is simply a “scooter”. This means that the vehicle involved can just as easily be a scooter as, for example, a Vespa. The hospitals also do not document whether the e-scooters are privately owned or part of a sharing pool. But what they discovered: Since scooter sharing was introduced, the number of injuries related to scooter accidents has risen sharply. There are now four fatalities in this context.

The high usage rate came as a surprise

The helmetless scooter drivers worry not only doctors but also state and local authorities, because few or no regulations apply to e-kick scooters. Some cities introduced the electric scooter together with the providers as part of a planned pilot project, other cities were less well prepared. 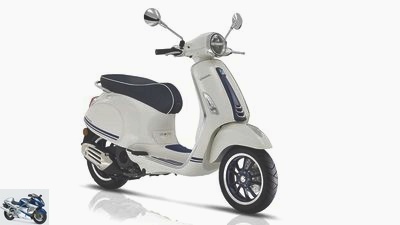 Normal scooters were also included in the statistics.

The high usage rate of the scooters came as a surprise to everyone, according to the US consumer protection agency. Julian Gold, Doctor and Mayor of Beverly Hills, California: “I don’t think anyone in their wildest dreams would have expected us to use hundreds of these devices essentially overnight and everywhere.” Kick scooters the disadvantages, which is why the Beverly Hills City Council approved a temporary ban on electric kick scooters in July 2018. As a reaction to the new California law, which abolishes the helmet requirement for scooter drivers over 18 years of age, so to speak. The law is said to have been supported by Bird – an e-scooter sharing provider.

Driver safety is only one of the reasons for the ban. The risks also relate to “public safety” and “public confusion”.

The provider Bird gave away 65,000 helmets. And in order to unlock a Lime scooter, the user must first complete a tutorial via the app, which of course recommends that they wear a helmet. Helmet kiosks like those in Seattle are also conceivable. Hotels or other facilities could also offer helmet stations. But only a helmet requirement would ensure that all e-scooter drivers would put on a helmet.

E-scooter sharing system in the USA

At the rental company Bird, usage costs a flat rate of one US dollar plus 15 cents per minute of the rental period. Booked and billed via the app.

The scooters have no charging stations, they can be parked anywhere and rented by the next user. At night, rental vehicles collect all scooters in order to recharge them for the next day. The question of how useful this is with regard to the ecological balance is probably justified.