It’s the return of one of the sportiest 125 roadsters: the Tuono. The old version, equipped with a 2-stroke engine and a devastating mouth, offered the first sensations to the young wolves of the road. A decade later, the machine is back, mixing the silhouette of the big 1100 Tuono and the technical part of the RS 125. What to sinter shamelessly with a Yamaha MT-125 or a KTM 125 Duke.

With its present fork crown, its belly pan, its dressed shoulders, its RSV4 look and its racing touches, the bike benefits from a plush and provocative dressing. Below, it’s a real little sports car that we have decked out with a high handlebar. The Tuono 125 is equipped with an aluminum perimeter frame, an inverted 41 mm fork, a 4-valve engine block and injection spewing 15 horsepower, an ABS, the optional shifter and the possibility of connect it to a smartphone (also option). The new dashboard also has sporty genes, with carbon-based analog instrumentation supported by a digital window. Something to learn about speed, mileage trips, battery voltage, amount of fuel, engine temperature, etc … and, sportiness requires, the stopwatch with a memory of 20 laps.

Equipped with a 14 liter tank, the Tuono 125 will be capable of long stages thanks to its low consumption. With a 300 mm disc at the front bitten by a radial caliper with 4 pistons, braking will only have to laugh to stop this little plague approaching 130 kilos. The rear, a 220 mm disc with a single-piston caliper, will be less strained but will be used on various occasions. Very practical for licking a light braking or breaking the speed.

In addition to its particularly attractive plastic, note the concern for integrating the exhaust. Everything has been crammed into the shoe and nothing spoils the picture. The chassis of this little Tuono will allow you many jokes and will never be overtaken by the engine. A beautiful toy, which will require a certain financial effort. 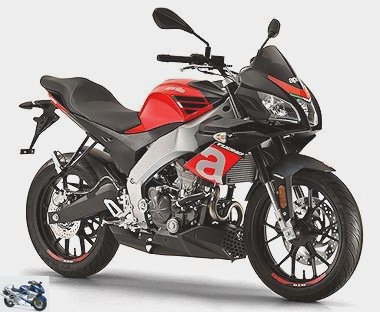 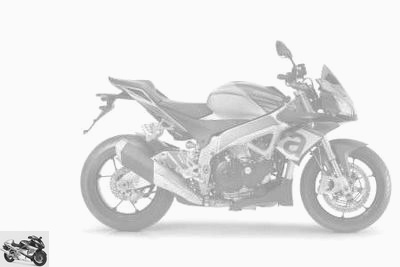 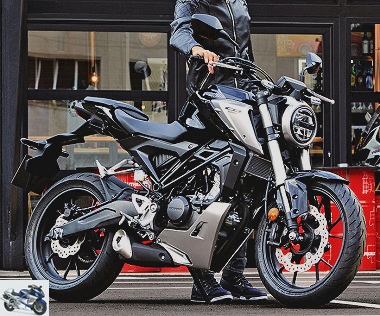 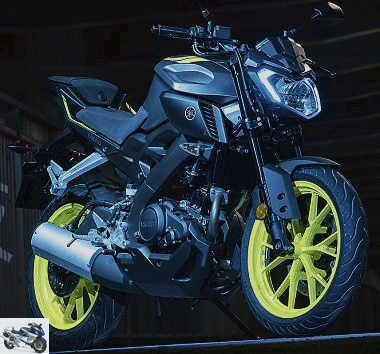 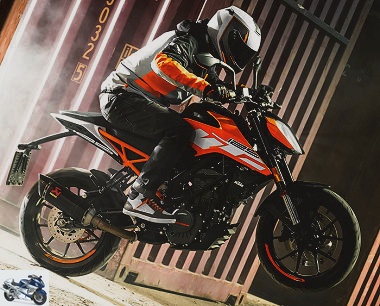 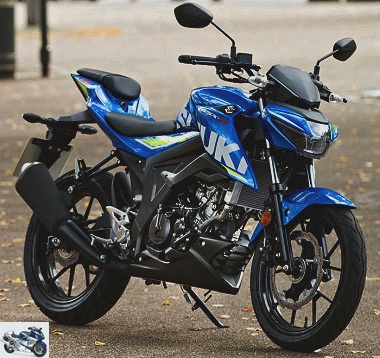 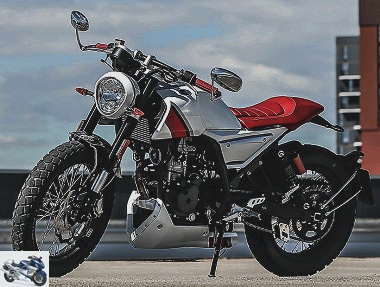 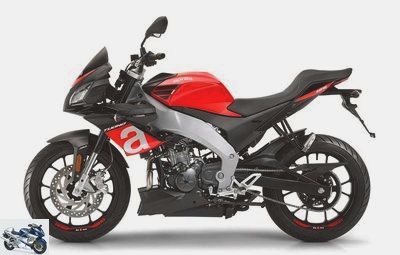 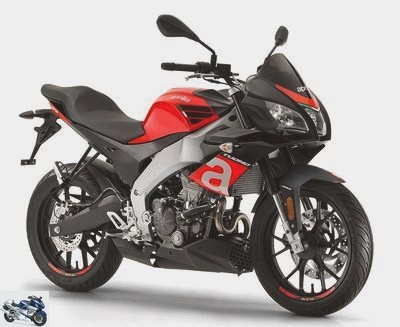 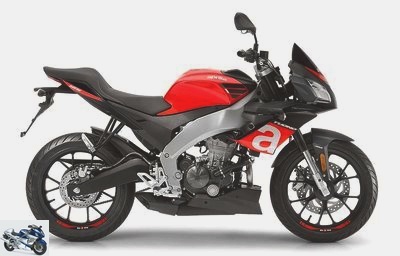 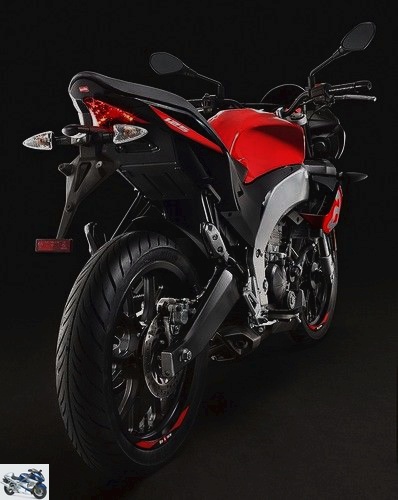