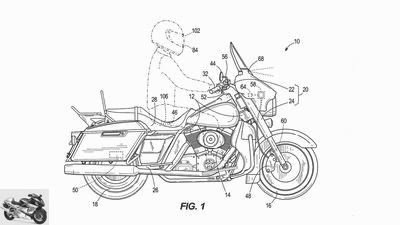 Emergency brake assistant at Harley: first wake up, then brake

Emergency braking assistants on motorcycles are technically not a problem today. Only the driver components are difficult to classify for the system. Harley wants to warn the driver first and then brake.

In fact, it is technically not a problem to have a motorcycle braked automatically in emergency situations. The so-called curve ABS could intervene independently on the basis of its measured values ​​and the new radar-based systems from BMW, KTM and Ducati could also brake the motorcycle to a standstill in an emergency.

The driver as a limit

The motorcycle cannot assess or know what the driver is doing when the critical situation is recognized. Is he paying attention or is he looking around? Are your hands and feet where they belong? This data is explosive for all driver assistants or autonomous systems at some point: the risk of throwing an inattentive driver completely off balance with brief corrective braking can have greater consequences than failing to make a correction. 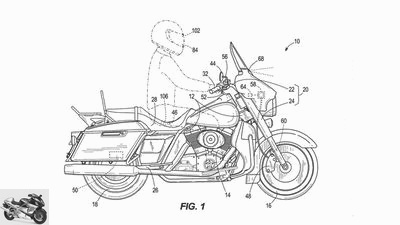 Harley-Davidson has patented a system to represent the so-called human-machine interface (HMI) holistically. While a front camera, radar or lidar records the traffic and the situation, a camera in the cockpit records the eyes and face of the driver to interpret the direction of view. Alternatively, Harley is also thinking of equipping full-face helmets with a dark visor with a corresponding device in the helmet. Together with the face identification, sensors in the seat and the handlebars register how the driver is sitting on the motorcycle. 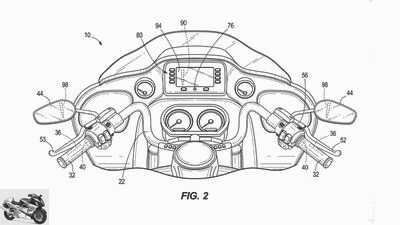 If the system detects a dangerous situation, the computer first compares the driver’s posture with the expected delay. If the driver is inattentive, Harley plans several warning devices: warning symbols light up in the mirror, the handlebar ends start to vibrate, as does the seat and a networked helmet with a smart display or the audio system that is already widespread today can also be used to warn. So Harley vibrates while BMW plans to bring the driver to a halt with electric shocks.

Clearly clears all cliches in terms of driving dynamics

System looks to the future

In this patent, Harley expands the function of the HMI to include the options for V2X communication or synchronization with the GPS: The navigation system should be able to use the map to detect whether the speed is too high for the next bend and trigger the warning chain to the driver.

No, no system can help without consideration for others.

We are still a long way from the automated or autonomous motorcycle. One reason is the lack of warning devices, as Harley combines them here.

The other reason is that the main drivers of autonomous driving are cars. And they haven’t really made any progress on this topic for some time. Not to mention cross-brand or cross-border V2X communication.