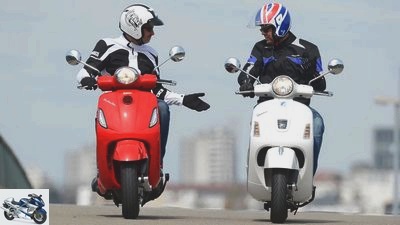 Since April 26, 2021 it has been almost certain that a periodic technical inspection (PTI) will come for all three-wheelers and two-wheelers in the European Union without exception – regardless of engine size and design-related maximum speed. How it will look final and when it will come is not yet clear.

In Germany, motorcycles have to go through a general inspection every two years. If the HU is passed, there is a fresh sticker stuck to the license plate. This has so far been the case for all motorized two-wheelers with a displacement of more than 50 cm³, for motorcycles that are designed to travel faster than 45 km / h and for most trikes or quads. Each country in the EU has so far regulated itself which two-wheelers are regularly used “TuV” which is why in some countries no periodic technical inspections (PTI) are provided for motorcycles and in others only from a certain engine capacity limit.

PTI for all two-wheelers without exception

In some EU member states, it will be tighter for motorcycle and scooter riders from January 1, 2022. Namely where 125ccs can currently still be operated without regular technical checks. The deadline for the new regulation is January 1, 2022, from which all motorcycles from 125 cm³ have to regularly undergo technical inspection.

Lobby report as a basis

On February 25, 2021, the Committee on Transport and Tourism (TRAN) asked the European Commission to introduce a legislative proposal for a mandatory periodic technical inspection (PTI). The demands of the TRAN committee are based on a study drawn up by a consortium of institutes and technical testing companies. They would all benefit from such a new regulation. FEMA refers to it as “very bad report”, because only the accident figures of mopeds in different regions of Spain before and after the introduction of PTI were used as a basis. These results were then simply extrapolated to all motorized two- and three-wheelers across Europe. FEMA criticized that the report could not be used to draw general conclusions for all member states. 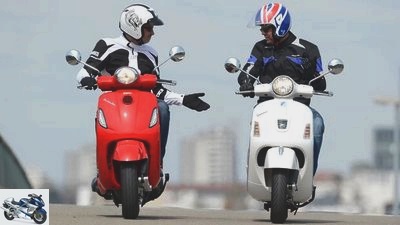 “Hey, I think you should go to the main inspection.” – “General inspection? My scooter only has 50 cm³!?”

“FEMA has asked Members of the European Parliament to decide based on facts rather than assumptions,” and points out that less than one percent of accidents with a motorized two-wheeler are caused by a technical defect. The fact that the EU Transport Committee asked the European Commission to submit a legislative proposal for a new road safety package was due to the committed lobbying work of many technical testing companies, according to FEMA.

What are the consequences if the European Commission translates the European Parliament’s wishes into legislation? Depending on the EU member state, there are four different scenarios that FEMA carries out as follows:

Periodic technical reviews for everyone without exception may be useful. A trustworthy and independently developed basis would, however, better suit the matter and the discussion. Because if we take a closer look at who is new “Road safety package” significantly drives forward, it is difficult to believe that the focus here is only on vehicle safety and not also on profit. Without exception, these are either institutions that are involved in vehicle testing or whose research is related to vehicle testing.

The following are decisive: CITA (International Committee for the Inspection of Motor Vehicles), CVH (Center for Vehicles of Croatia), DEKRA (Vehicle Testing Company), the Institute for Economic Research and Consulting, IERC GmbH (2003 as a private research institute of Prof. Dr. Wolfgang H. Schulz) and the ISVA-UC3M (Institute for Vehicle Safety, which is part of the Carlos III University in Madrid).