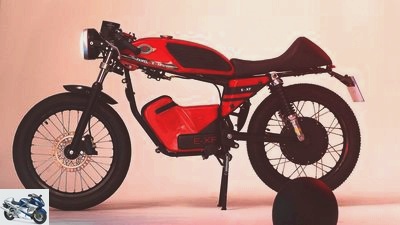 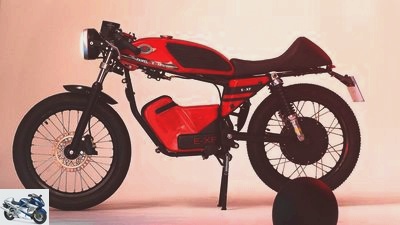 1/9
The Portuguese moped brand Famel is trying to make a comeback with the electric model E-XF. 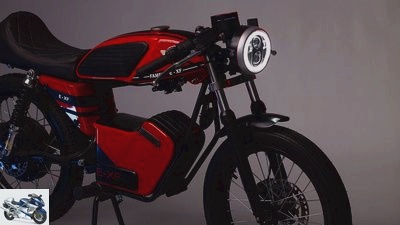 2/9
The design tries to build on earlier models. 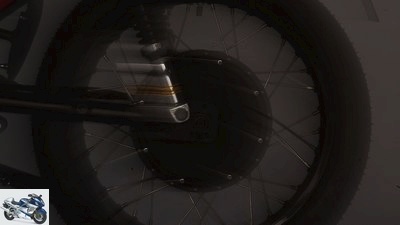 3/9
The 5 kW electric motor is located in the rear wheel. 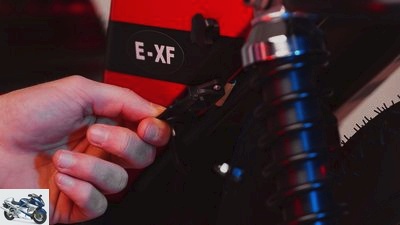 4/9
It takes four hours to recharge at the socket. 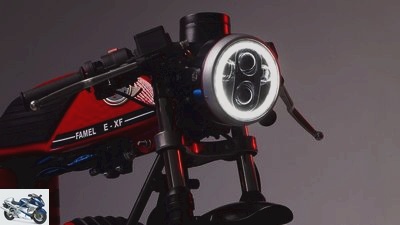 5/9
In addition to the round headlights with LED daytime running light ring, two stubs are stuck under the upper triple clamp. 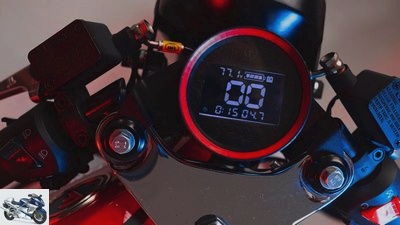 6/9
A digital round instrument in the cockpit provides information. 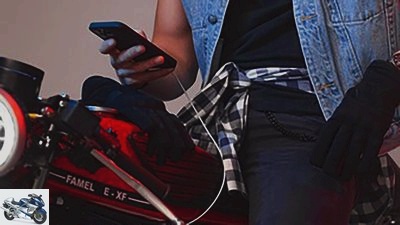 7/9
Of course, the Famel can also be networked. 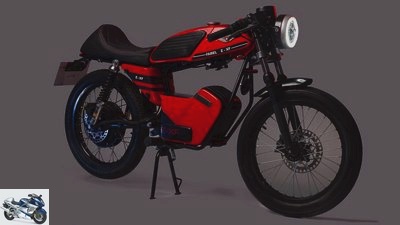 8/9
The design is based on the Famel XF-17 from the late 1970s. The battery shape mimics the old two-stroke engine. 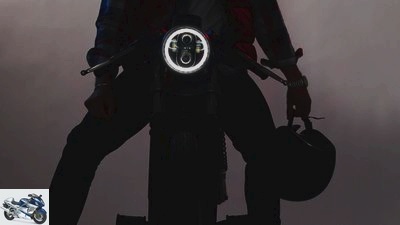 The Portuguese moped brand Famel is trying to make a comeback with the electric model E-XF. The design tries to build on earlier models.

Founded in 1949, the Portuguese brand Famel built over 30 moped models by 1994, with the engines always being bought in from other manufacturers. One of them was Zundapp. In 2002, bankruptcy led to the end, and 2021 will bring a comeback.

And Famel also goes back to his roots without losing sight of the future. As a logical consequence, the first modern-day Famel comes with an electric drive, but is formally reminiscent of earlier moped models. The backbone of the E-XF is a spindly tubular steel frame with a split beam. In the conventional telescopic fork, as in the rear swing arm supported by two spring struts, there is a spoked wheel. In addition to the round headlights with LED daytime running light ring, two stubs are stuck under the upper triple clamp. There is a classic-style dummy tank on the frame top tube with classic tank pads on the flanks. Behind it, the rear of the driver is stretched into a diamond-quilted hump seat. 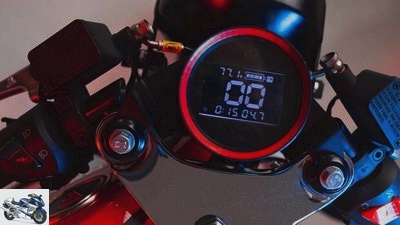 A digital round instrument in the cockpit provides concentrated information. Brake power is provided by disc brakes on both wheels. Overall, the E-XF follows the lines of a Famel XF-17 from the late 1970s.

The Famel’s electric motor is located in the rear wheel as a hub motor. It has a maximum output of 5 kW and accelerates the E-XF up to 70 km / h. Depending on the classification, the speed is limited to 45 km / h. The battery sits where the two-stroke engine used to purr. Famel gave the energy storage device the shape of the former combustion engine and even suggested the cooling fins of the cylinder. The 72 volt 40 Ah battery allows a range of up to 80 kilometers. It can be recharged at any socket. The compulsory break is up to four hours.

For the time being, the Famel E-XF is only available in Portugal. The pre-order list is open. The basic price is € 4,100. The first deliveries are announced for the beginning of 2022.

The Portuguese moped brand Famel is trying to make a comeback with an electric scooter. The E-XF comes in a classic look with modern electric drive technology. And it goes as a moped a whopping 70 – without tuning.