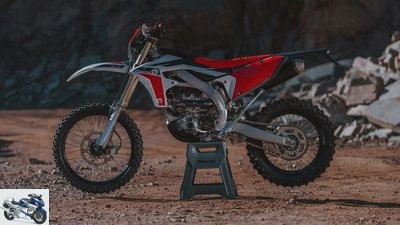 1/13
Fantic is expanding its Enduro program with the XEF 250. 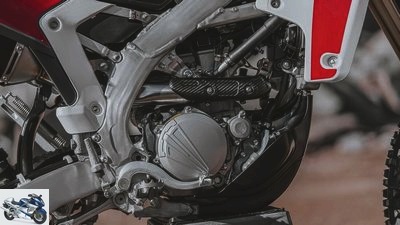 2/13
The Fantic XEF 250 Enduro carries the 249 cm³ single cylinder with electric starter made by the Japanese, which has been brought to Euro 5 level in cooperation with Yamaha. 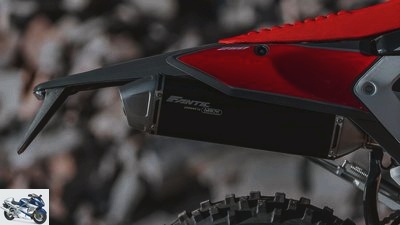 3/13
Arrow supplies an adapted exhaust, which should also increase the performance. 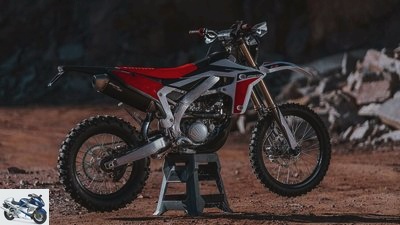 4/13
The aluminum perimeter frame is also from Yamaha. 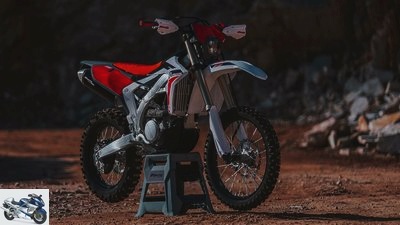 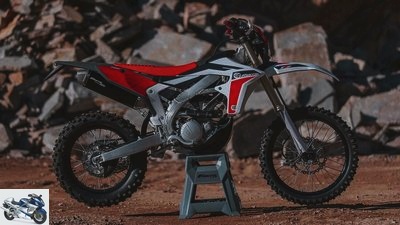 6/13
A Kayaba shock absorber with 317 mm of travel is attached to the aluminum swing arm via a deflector. 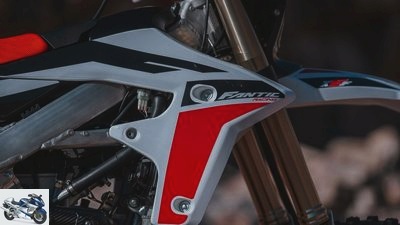 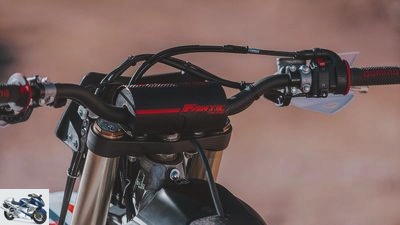 8/13
The engine control can be influenced via the app. 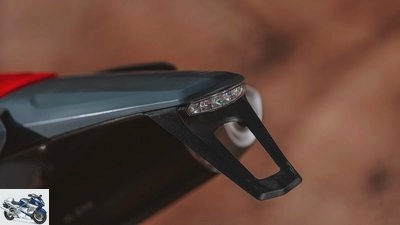 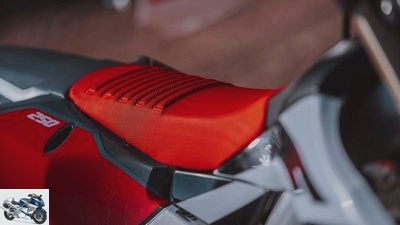 10/13
The ergonomics are designed entirely for competition. 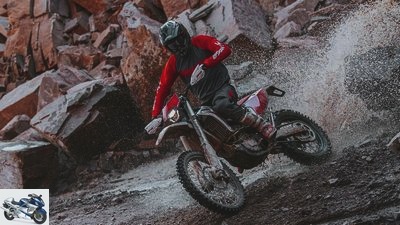 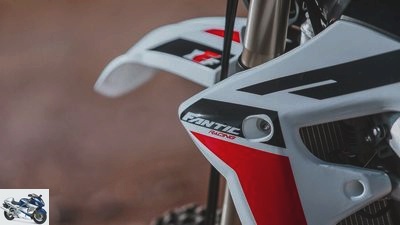 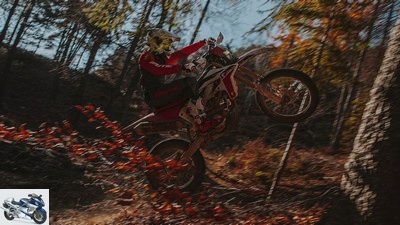 The advanced Yamaha and Fantic collaboration is bearing its first fruits. The new four-stroke enduro XEF 250 4S is powered by the proven Yamaha quarter-liter single.

Fantic is expanding its Enduro range for the 2021 model year to include the XE 125 with the new four-stroke XEF 250 4s with a Yamaha engine.

the Fantic XEF 250 4S Enduro carries the 249 cm³ single cylinder with electric starter made by the Japanese, which has been brought up to Euro 5 level in cooperation with Yamaha. It is shifted by a six-speed gearbox. There are no performance data. The engine control was developed by Athena-GET and can be networked via app. In this way, various votes can be influenced via the smartphone. Arrow supplies a specially tuned exhaust. 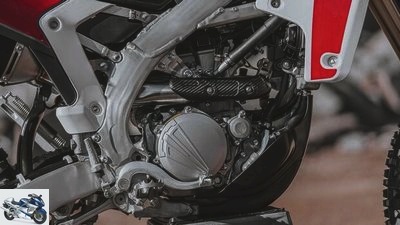 The engine and frame are taken over by the Yamaha XEF 250.

The aluminum perimeter chassis is based on the Yamaha frame. The swing arm also uses aluminum. The fully adjustable 48 USD fork with 310 millimeters of spring travel and the fully adjustable rear shock absorber, which is linked via a deflection and has a 317 millimeter travel, come from the Kayaba shelf. The 21-inch D.I.D. rim at the front has a 90/90 tire, while a 130/90 tire is mounted on the 18-inch D.I.D. rim at the rear. The original equipment relies on Metzeler Six Days Extreme.

Brake power provides a 270 single disc at the front, which is supported by a 245 disc at the rear. The pliers are from Nissin. LED technology is used for the absolutely reduced lighting. The tank holds a slim 7.9 liters of fuel. Fantic specifies the weight as 115 kilograms.

Fantic names the price for the XEF 250 4S 9,490 euros including ancillary delivery costs.

Fantic uses the partnership with Yamaha to expand its own model range. The new XEF 250 is like a 250cc Yamaha in an Italian outfit.