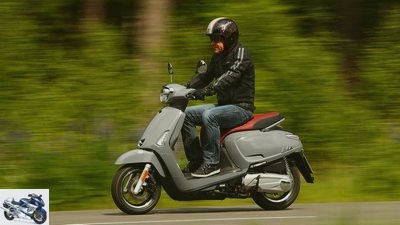 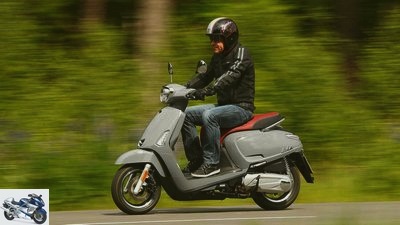 1/5
Kymco has adapted its Like II scooter models to the Euro 5 specifications. Three 125cc versions and a new 50cc series are available. 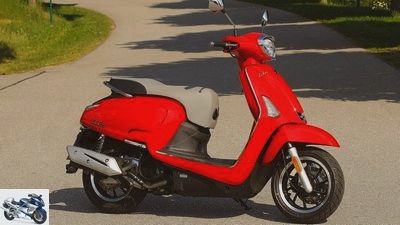 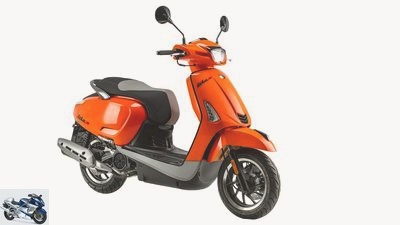 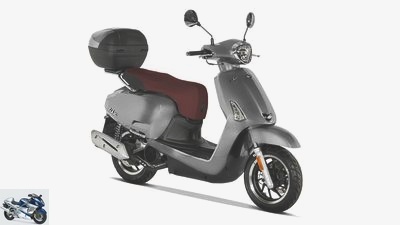 4/5
… as well as the networked special model Like II 125i ABS Exclusive. 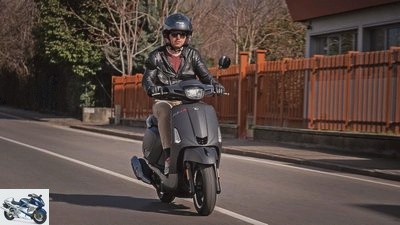 Kymco Like II 125i: Three versions, all with Euro 5

Kymco Like II 125i
Three versions, all with Euro 5

The Taiwanese two-wheeler manufacturer Kymco has adapted its Like II scooter models to the Euro 5 requirements. Three 125cc versions and a new 50cc series are available. 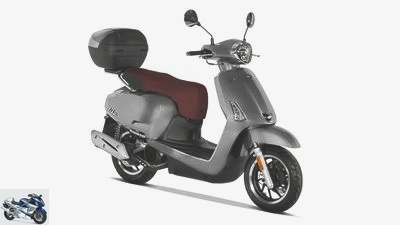 The exclusive special model is the new top model in the 125cc series.

50s with a new sport version

The new S version of the 50 Like II differs from the basic model in several details. The front lamp of the S version is flatter and more angular than the classic model, the handlebar cover and the ergonomically shaped seat are more sporty and the chrome elements have been reduced to give the scooter a more dynamic look. The color palette offers the trend colors black matt and speed orange.

The Like II 50i, on the other hand, has rounder shapes and lots of chrome in red, space gray or pearly white. Technically, both like models are on the same level: The new Euro 5-compliant four-stroke engines with air-cooled two-valve technology and injection produce 3.3 hp at 7,500 rpm and a low weight of just 112 kilos. The braking system of the 50 cubic versions has a disc brake at the front and a drum at the rear. The new sporty Like II S 50i is now available for a price of 2,399 euros plus transfer costs, the classic variant Like II 50i for 2,379 plus transfer costs.

Do you know someone who, thanks to the new driving license regulation, has got a 125cc??

Yes, of course, myself!

Yes, I know someone who took advantage of this opportunity.

No, I don’t know anyone.

Kymco is converting its Like II family of scooters to Euro 5. There is also a sportier 50s version and a better equipped special model for the 125s.