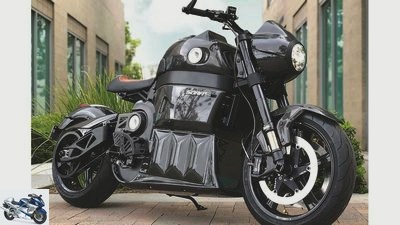 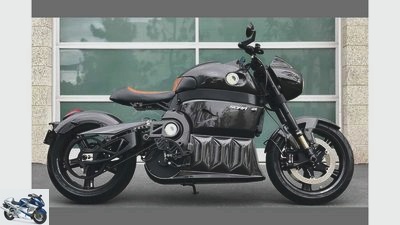 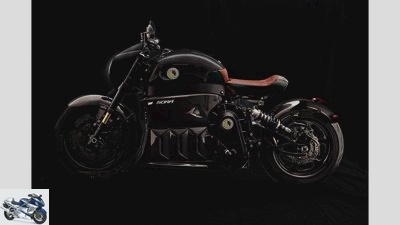 1/3
At The Quail Motorcycle Gathering in California at the beginning of May, Lito Motorcycles presented an update to its Electro-Naked Bake, the Sora Generation 2, which was presented at the base five years ago.

2/3
A new battery increases the range to 290 kilometers.

3/3
Numerous attachments made of carbon fiber laminate reduce the weight to around 250 kilograms.

At The Quail Motorcycle Gathering in California at the beginning of May, Lito Motorcycles presented an update to its Electro-Naked Bake, the Sora Generation 2, which was presented at the base five years ago.

Lito Motorcycles, an electric motorcycle manufacturer from Quebec, Canada, was established in 2009, the first generation of the Sora was presented in 2014. Now the company is ten years old and is celebrating itself with an update of the Sora. 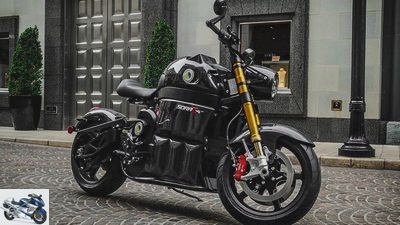 This is what the first generation of SORA looked like.

The new features of the brawny naked bike include a battery that has been enlarged to 18 kWh, which is supposed to improve the range by around 50 percent. The range is now given as 300 kilometers. The electric motor with reverse gear has an output of 80 kW and 90 Nm and is coupled to a CVT transmission and a belt drive. In addition, the sprint time should drop from zero to 100 km / h to three seconds. The top speed is unchanged at around 200 things. A new 3.3 kW on-board charger should also shorten the charging time to a maximum of five hours.

In order to make the Sora much lighter in the second generation, the developers have replaced numerous components around the aluminum frame with carbon fiber components. The weight is now given as 250 kilograms. In addition to various cladding parts, this also includes the rims that come from Rotobox. The electrically adjustable driver’s seat, which is supposed to bring even more comfort, is new. The cockpit is based on a 5.7 inch touchscreen with integrated navigation and numerous connectivity features. For the fully adjustable spring elements, Sora relies on an Ohlins 48 USD fork and a central spring strut from the same manufacturer. Braking power is provided by Beringer 4 piston calipers at the front in combination with 320 discs. A 230 mm disc with two-piston pliers supports the rear. The tire formats of 120/70 ZR17 and 180/55 ZR17 are on the common athlete level. Rizoma supplies various attachments.

Only 20 copies of the Sora Generation 2 are to be built. The price quoted was $ 82,250 plus ancillary costs (around 73,500 euros). The first generation was offered for the equivalent of around 40,000 euros