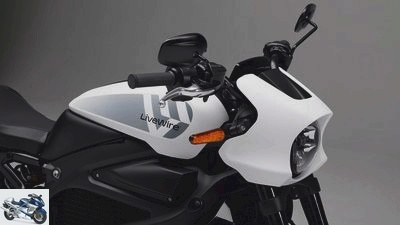 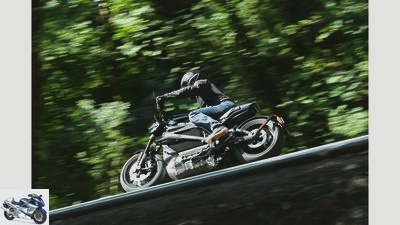 1/18
The production version of the electric Harley will roll onto the German market in September 2019. It costs from 32,995 euros.

3/18
Test editor Rene Correra sends clear lines from the first driving appointment: “This heavy metal from Milwaukee bangs in a way that has never been seen in the world of lazy shaking irons.”

4/18
“The motor pushes forward with an immediacy that only the power of electricity can do, always and everywhere.” 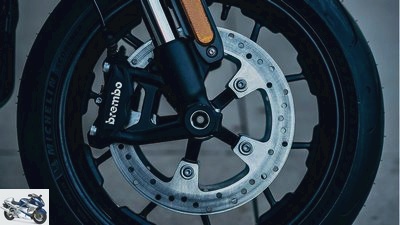 5/18
The brakes come from Brembo and work pleasantly well, the Michelin Scorchers are designed for durability rather than handling. 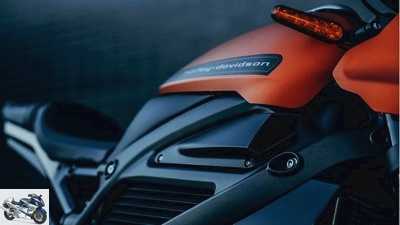 6/18
The frame is made up of cast aluminum profiles. 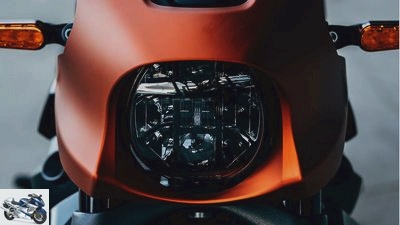 7/18
The LiveWire has a small panel around the round spotlight. 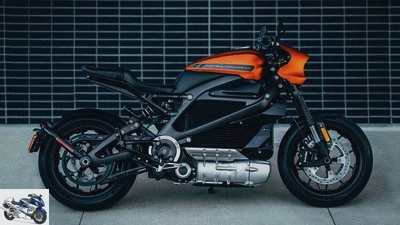 8/18
The range should be around 180 kilometers, for pure city use Harley speaks of a range of up to 240 kilometers. 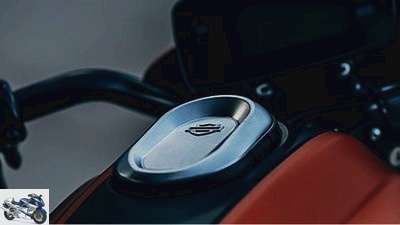 9/18
Under the “Filler neck” is the charging socket. 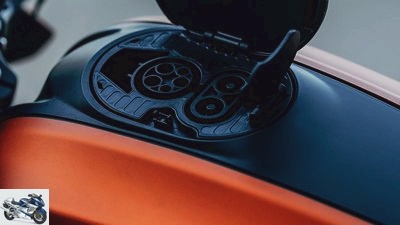 10/18
This is where connectors of the CCS Combo 1 and 2 standard can be connected. 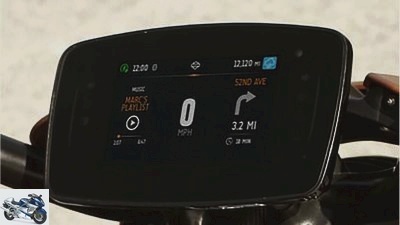 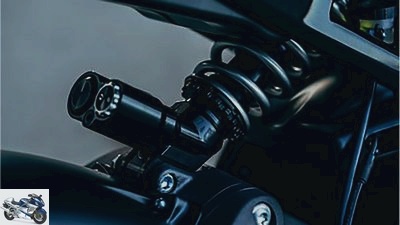 12/18
The Showa suspension elements at the front and rear are fully adjustable. 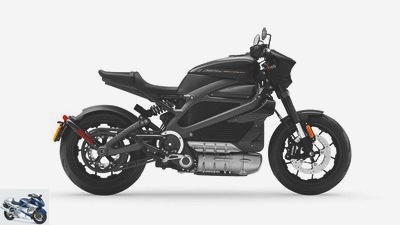 13/18
The LiveWire is available in black. 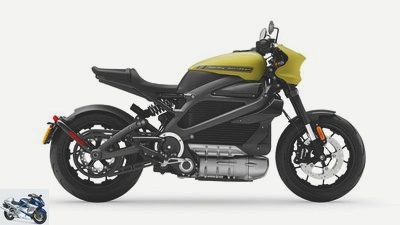 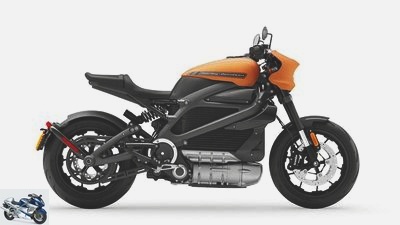 15/18
Orange is offered as the third color variant. 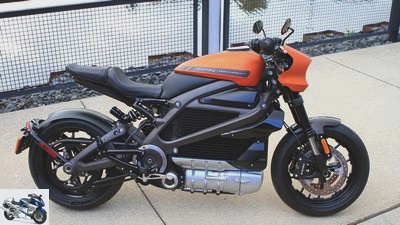 16/18
At the 115th anniversary party in Milwaukee, Harley-Davidson had already shown a fairly advanced version of LiveWire. 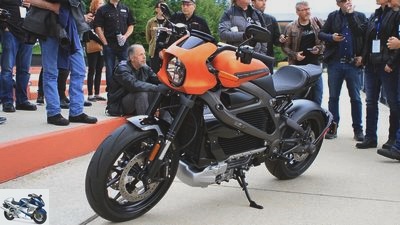 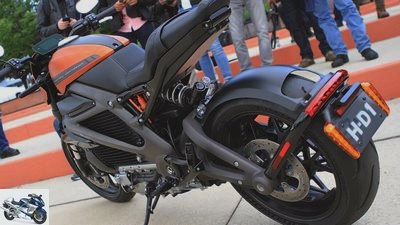 Harley-Davidson launches its own brand for electric motorcycles under LiveWire. The first model is the LiveWire One without the Harley label, but at a reduced price.

Basically, Harley boss Jochen Zeitz the move has already been announced as part of the hardwire strategy: Electric mobility from Milwaukee is set to become the technology leader. The next step: hire electrical specialists who have achieved great things at Ford, among others. Finally the launch of the LiveWire brand. Up until now, LiveWire stood for the company’s only electric model that we are showing in the picture gallery. From July 2021, new models in addition to the pioneer motorcycle are to be developed, built and sold under this label. 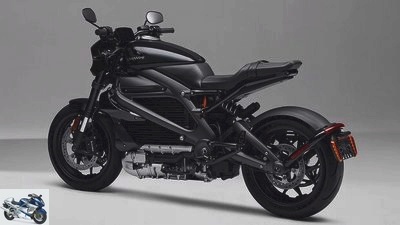 The LiveWire One is only available in white or black. 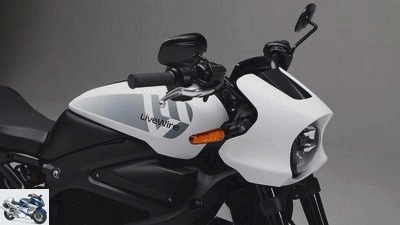 The LiveWire One no longer bears the Harley-Davidson label.

This is how the brand should work

LiveWire is intended to be an independent brand outside of Harley-Davidson function and build your own identity. The focus will initially be on urban mobility, which means that the current LiveWire will probably remain the spearhead in terms of performance for the time being. Conceiving electric mobility in the first steps for inner-city traffic is a strategy that some manufacturers are adopting on the way from combustion engines to electric motors. The Pierer Group as the mother of KTM and Husqvarna as a comparatively small manufacturer (270,000 motorcycles in 2020) as well as production giant Honda (17 million pieces in 2020).

This is how LiveWire is supposed to work

Harley-Davidson still operates from the same place it was when it was founded: Milwaukee, Wisconsin. The company headquarters has been in the same place since 1913. On Juneau Avenue. Just a block from the old Davidson house, whose garden was home to the first cabin to make motorcycles in 1903. LiveWire is deliberately not intended to take place at this location. The new brand is to be managed locally and virtually via two hubs in Silicon Valley and Milwaukee. LiveWire takes a similar approach to market development: the existing dealer network is to be used to give the new brand its own look&Feel to represent, but not under the flag of Bar&Shield. Supplemented by own showrooms at selected locations, independent of the existing Harley-Davidson shops. 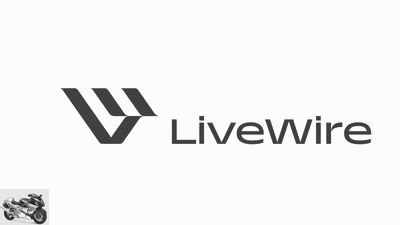 What do you think of the first electric Harley?

Not bad at all, if not surprisingly good.

Electric motorcycles are not for me – regardless of the brand.

Harley CEO Jochen Zeitz gets old lady Harley really busy. Great cuts, sensible adjustments, well-known personalities, new products and finally the establishment of a new brand within the brand felt more changes in one year than Harley had in the past 120 years in total. May the company go the same way Puma did back then, when Zeitz set the sign of club sponsor Kreisklasse on world brand.