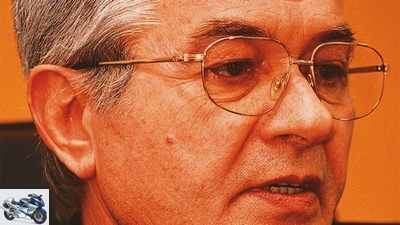 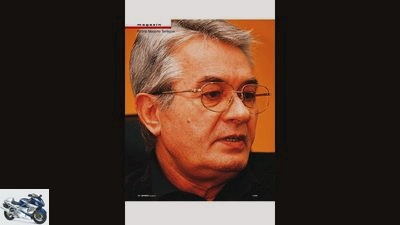 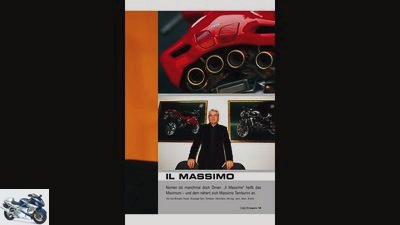 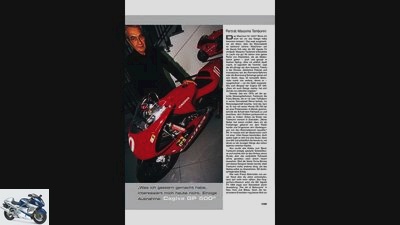 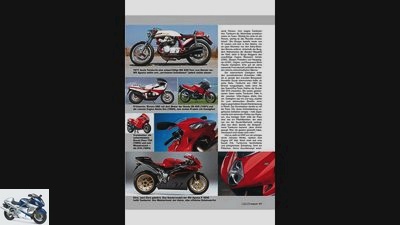 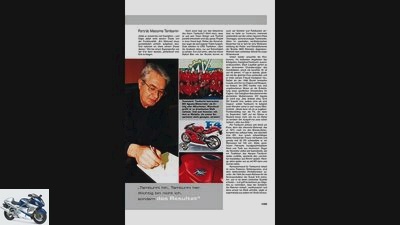 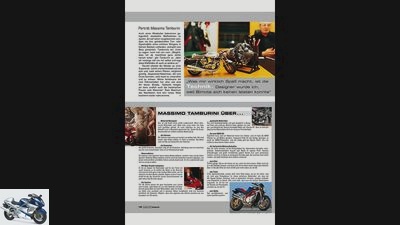 Massimo Tamburini has died
A big one has gone

The famous motorcycle developer and designer Massimo Tamburini is dead. He died on Saturday night at the age of 70 in his hometown of Rimini. 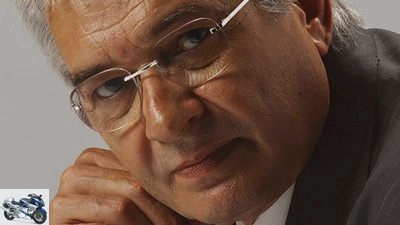 Bimota, Ducati, MV Agusta – these were the most important stations in Tamburini’s career. Two of his creations are particularly known and admired: the Ducati 916 from 1994 and the MV Agusta F4 from 1998, both of which are still among the most beautiful motorcycles in the world today.

They were made possible by Tamburini’s ingenious feeling for motorcycles and his absolute perfection: He was only satisfied when the motorcycle fully met his aesthetic and technical requirements. Of course, that couldn’t always be maintained, after all, he too had to bow to production constraints. But the 916 and the F4 came pretty close to his ideas of the perfect motorcycle, even if he grudgedly said in a MOTORRAD interview: “Headlights disturb the shape immensely. But without of course we won’t get homologation for the road, so I have to make the best of it.” He did – albeit reluctantly in this case.

Massimo Tamburini was born on November 28, 1943 as the son of a large farming family. When he was eleven, the family gave up farming and his father looked for a new job as a small transport company in Rimini. Massimo, already enthusiastic about motorcycles as a child and teenager, attended the technical institute in Rimini, but did not graduate from school and in 1966, together with Giuseppe Morri and Valerio Bianchi, founded the plumbing company Bimota, which specialized in heating.

It wasn’t until a motorcycle accident in 1973 that Tamburini turned his passion into a job: he crashed on his new Honda CB 750 Four on the Misano race track. “If I hadn’t slipped away on the Quercia bend, I would probably never have worked with motorcycles”, he related in later years. The inadequate chassis was to blame for the fall, and Tamburini closed the offshoot of his company Bimota Meccanica, where he worked from then on as a chassis engineer and designer.

The first project was of course a new chassis for the CB 750 Four: Tamburini only built ten of the HB1, but they made it known throughout Italy and beyond. In 1983 he left Bimota and joined the Gallina racing team, for which he developed the TGA 500 GP Grand Prix racer. This is how the Italian motorcycle entrepreneur Claudio Castiglioni became aware of him: He gave him the order to develop a sporty 125cc, which should create a new market segment. The Cagiva Aletta Oro was introduced in November 1984 and was a great commercial success in Italy.

The collaboration with Castiglioni, the owner of Cagiva, Ducati and later MV Agusta, opened up an extremely fruitful creative period for Tamburini. He, who was reluctant to leave his hometown Rimini, became head of the Cagiva Research Center in nearby San Marino, where he was allowed to live out his ideas as he pleased, occasionally regardless of the costs. For Castiglioni, after taking over Ducati, he quickly developed the Paso, a very radical, if not necessarily beautiful motorcycle, as well as the superbikes 851, 888 and the legendary 916/996.

When Castiglioni sold Ducati, Tamburini followed him and took over the development of the MV Agusta F4 and later the Brutale, all motorcycles that became famous for their incomparable style, but also for their technology. Among other things, Tamburini’s technical merits include the development of the tubular steel frame to such a high level that it could keep up with Japanese structures made of aluminum. Ducati and MV Agusta still use the tubular space frame today. Another idea by Tambourini was the integration of the indicators in the rear-view mirror, which is still the case with super athletes to this day. Not to mention the design: the idea of ​​running the exhaust bags under the seat, as with the Ducati 916, was followed by a host of developers and designers.

In 2008, when Harley-Davidson took over MV Agusta, Massimo Tamburini retired from the Research Center in San Marino and devoted himself more to his family and hobbies like fishing. When it came to motorcycles, things got quieter around him, even though he was at his side with advice and action for his son and his company Tamburini Corse in San Marino. Tamburini had already had cancer once in previous years, but was considered cured. However, last November he was diagnosed with a lung tumor, which he has now succumbed to. The funeral will take place on April 9th ​​at 3 p.m. in Grotta Rossa, Rimini.

Portrait of Massimo Tamburini from MOTORRAD 5/2004 (by Eva Breutel).

Sometimes a noun is an omen: “Il Massimo” called “the maximum” – and Massimo Tamburini approaches this.

This is how Eva Breutel began the portrait of Massimo Tamburini in MOTORRAD 5/2004 on the occasion of his 60th birthday. See the story of the grand master of motorcycle design and the creator of super sports icons like Bimota HB2, Ducati 916, MV Agusta F4 and Cagiva Mito here.