When it arrived on the market, the YZF-R 125 was not just a nice little sporty 125. Above all, it embodied the spirit of Yamaha R. Racy, provocative, tense … a real R1 in miniature. Yesterday, in 2014, she offered her first facelift and some technical improvements. Even if the arms race is much less violent among the 8th liter than among the hypesports, a bit of evolution is not to displease us; especially here.

An R at Yam is sharp, threatening, and it looks straight at you in the spine. The 125, it stands up to you, with a more impactful facies. Obviously influenced by the R6, she pierces her forehead with an air intake vent. Effective in asserting the identity of the minaude, and so much the better because Yam has not touched the rest of the dressing. However, we can largely be seduced because the sport aspect is much more present. Design ? Not only. The front axle especially.

We clearly change dimension behind the front fender (carbon finish). On its phase II, the YZF-R125 replaces its slim 33 mm fork with a beautiful 41 mm inverted model. Consider that the first 1000 R1 had a fork of the same diameter.
Suddenly, the rigidity of the front axle crosses a course, and new triple trees are necessary. Rear damping is not left behind, with redesigned suspension links. The general qualitative aspect has also been revised upwards, with passenger footrest plates now in aluminum, new rims with Y-sticks and a full digital dashboard. It consists of 3 screens: the left dedicated to engine information with handlebar control, the central one equipped with speed and a bar graph for the speed, and the right for daily information (time, trip, fuel gauge , etc …).
Brake and selector pedals are in forged aluminum. The latter is no longer fixed on the footrest plate but in front of the frame.

Still powered by a 4-stroke mono, the YZF-R 125 develops the same performance as before. 15 horses and a little over 1 mkg. Most of the improvements are in its injection system reducing fuel consumption by 11%. So, more autonomy for an identical velocity? Not sure: the tank is 17% smaller, from 13.8 liters to 11.5. On the braking side, it makes an effort to tax its predecessor. There were 2 pistons in an axial caliper yesterday, it bites by 4 pistons in a radial caliper today. Power and feeling will be the winners. The ABS is invited, simpler than on the big sister R1 but largely sufficient.

With or without importance will you see the barely revised silencer, the more compact license plate holder or the new tech rear light with integrated position light? Will you pay attention to the 2 kilos heavier from the previous version or the saddle raised by 7 mm? In fact, you are probably wondering whether to put on the combarde or go show off next to more nasty sportswomen. 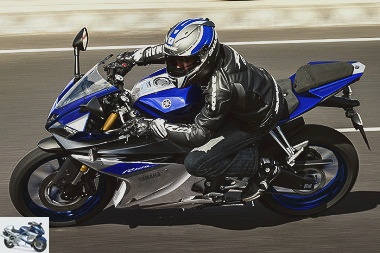 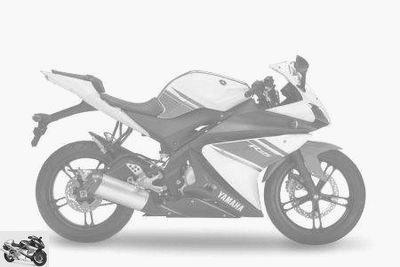 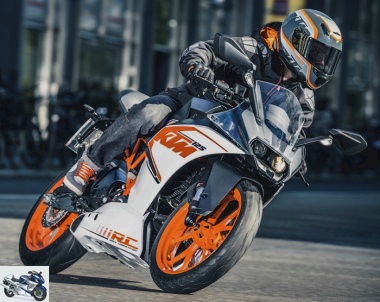 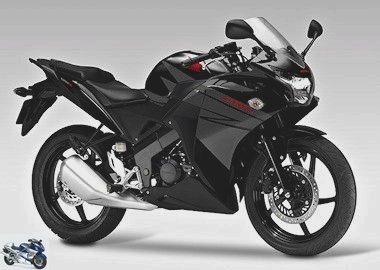 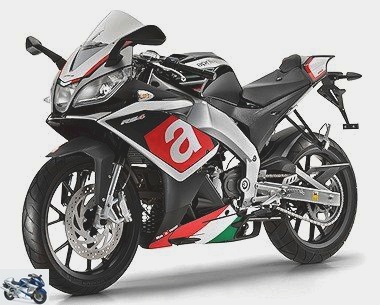 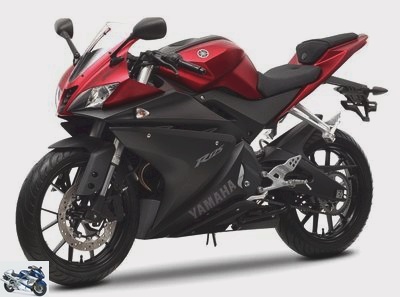 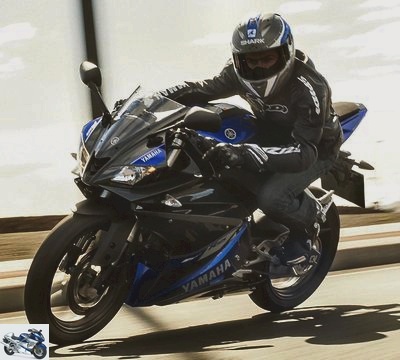 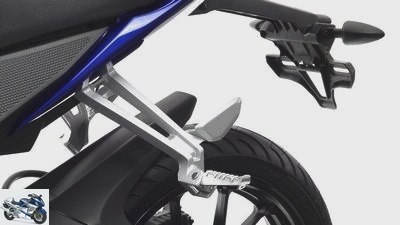 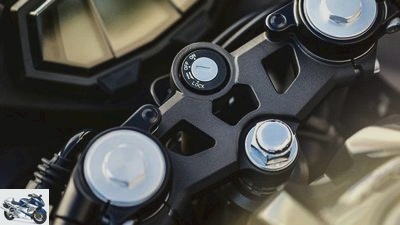 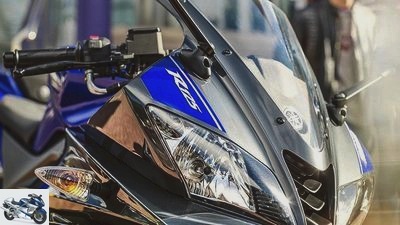 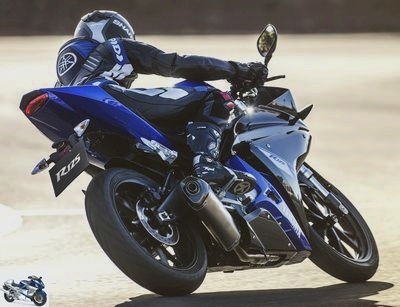 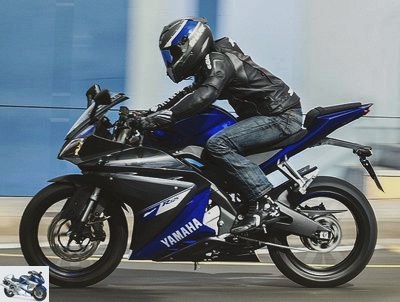 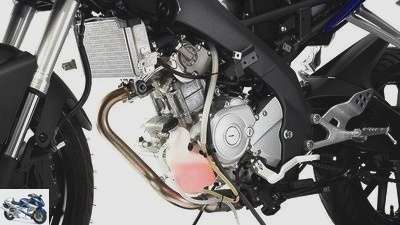 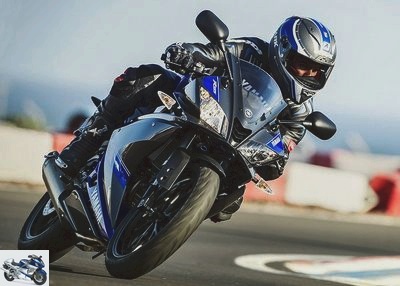 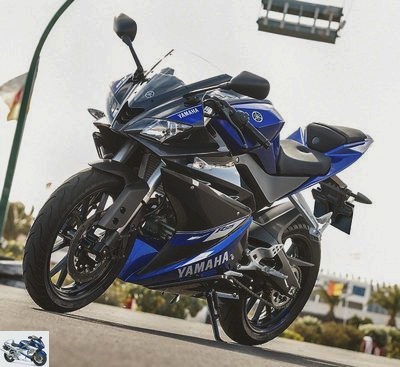 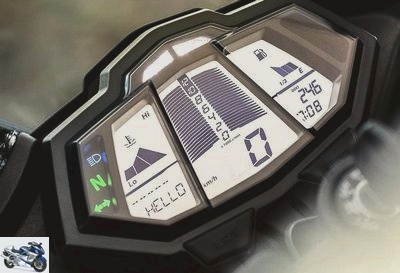 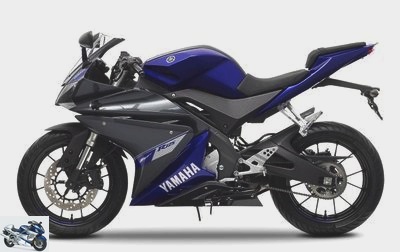 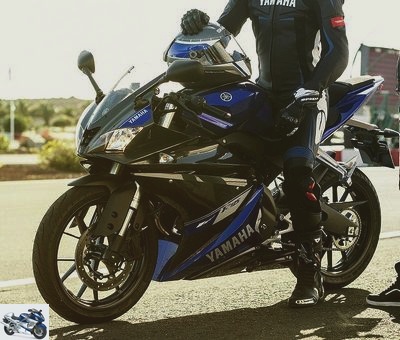 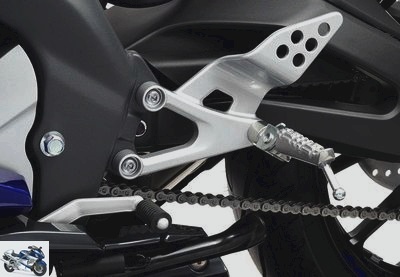 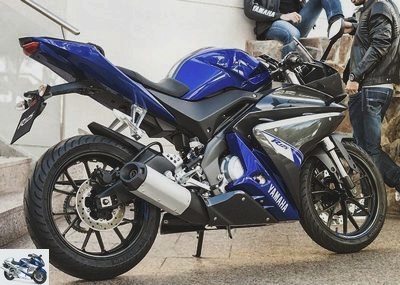 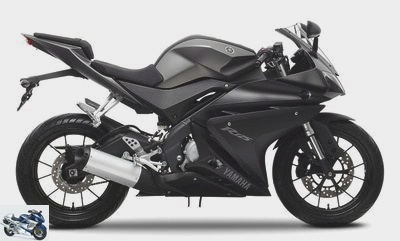 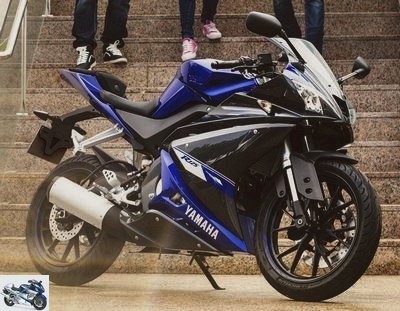 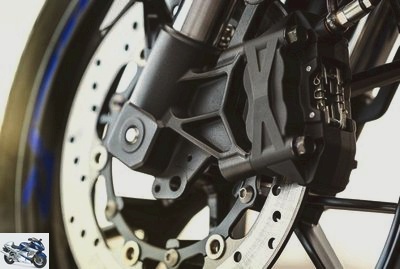 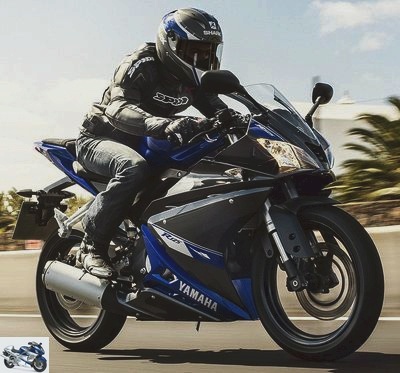 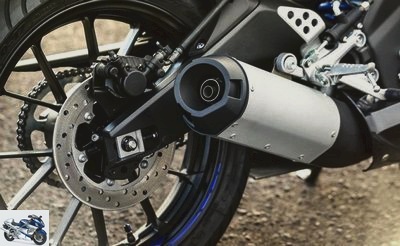 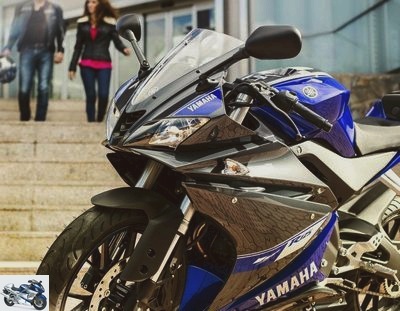 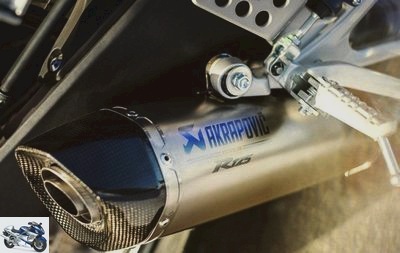