The V7 range was redesigned in 2012. This Special is a more vintage and provocative version than the base V7. It abandons the spoked rims for spoked wheels, much more classic in spirit as in style. A beautiful two-tone red-orange and white paint covers the tank, the capacity of which has been increased to 22 liters.

Like all models powered by the 744 cm2 block, the V7 Special benefits from a big update to its twin cylinder. There are no less than 70% of new pieces, both inside and out. The fins of the cylinder heads soften their edges then are covered with a new cylinder head cover frankly more classy. The candle takes the opportunity to hide and the compression ratio to increase; it drops to 10.2: 1. In the cylinders, a lot has been revised: new combustion chambers, new pistons and rings, and modified intake. This is now done via a single 38 mm injection body. The gas flow passes through a Y section to feed the two bowls. At the output, there is a lambda probe for each cylinder. In addition to improved fuel economy, this revised unit announces better performance, with 51 horses now and more than 6 mkg of torque. The gearbox also announces a better pleasure. 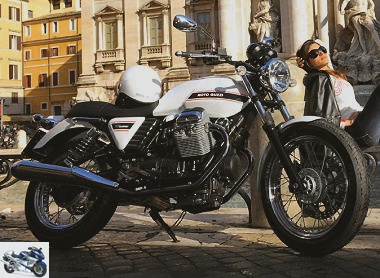 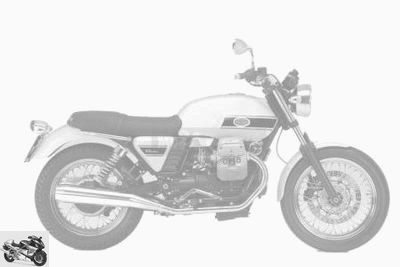 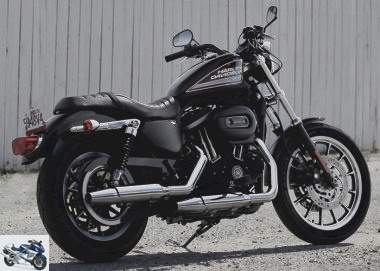 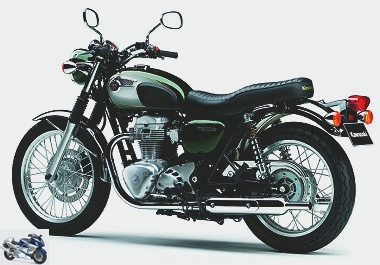 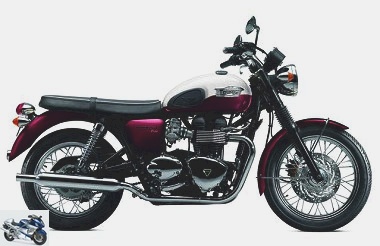