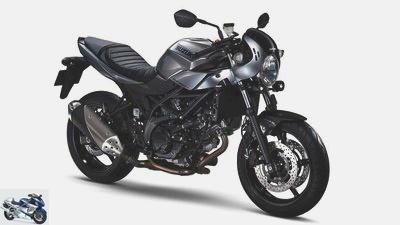 New presentation of the Suzuki SV 650 as a cafe racer

Suzuki has announced that it will officially present a Cafe Racer with the model designation SV 650 X at the upcoming Tokyo Motor Show in Japan at the end of October 2017. 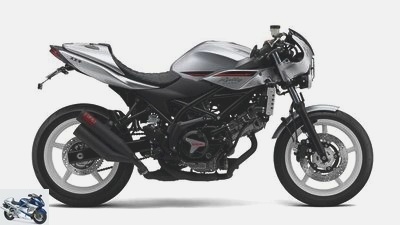 According to a press release from the manufacturer, this will test customer and market reactions on which future series production will depend. The picture previously published by Suzuki (above) shows the prototype in an unusually advanced stage for such tests, with an approved exhaust, mirrors and much more.

It is therefore very likely that the pretty SV variant will be built in series in a similar form in the future. At the beginning of 2016, Suzuki showed the concept study SV 650 Rally Concept (small picture) in Japan, an SV with a half-shell in the look of a cafe racer. The customer and market analyzes should therefore have long been completed.

It is still unclear whether the SV 650 X Cafe Racer will also come to Germany. With a bit of luck, we will already find out more about it at the EICMA trade fair in November (November 7th to 12th, 2017 in Milan).