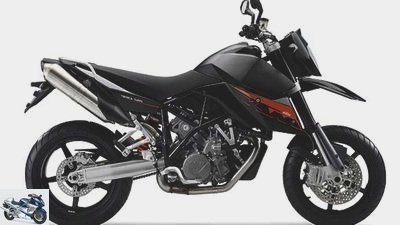 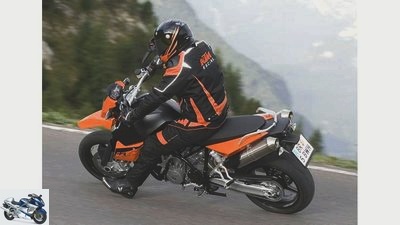 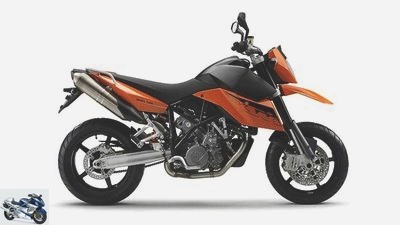 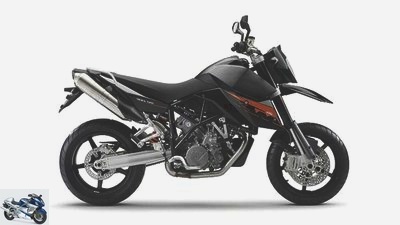 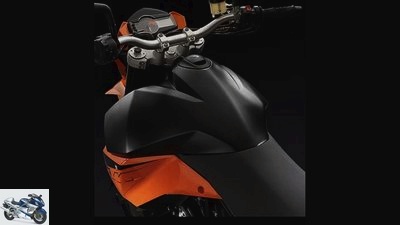 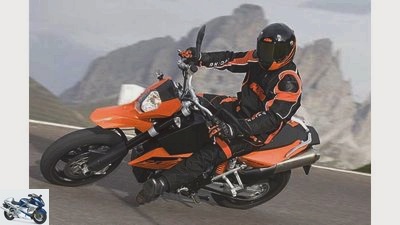 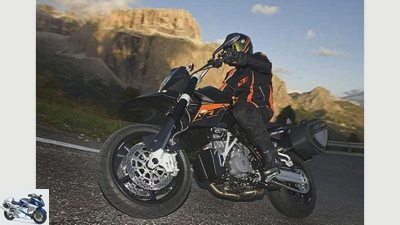 News from KTM and Royal Enfield, studies from Suzuki and Triumph

News from KTM and Royal Enfield, studies from Suzuki and Triumph
For dessert

One or the other novelty has so far been neglected, and some well-known machines were presented with interesting new accessories.

MOTORRAD served them as dessert.

She was currently in the last MOTORRAD and therefore a bit short: the KTM 990 supermoto. The new edition of the last two-cylinder carburetor Mohican from KTM required more than just plugging together known assemblies. A lot of detailed work had to be done.

The 990 engine with injection, for example, which was made necessary by the mandatory Euro 3 emissions standard, was not taken over one-to-one from the Adventure or the more powerful Super Duke, but was specially tuned for the Supermoto. The aim was to maintain the characteristics of the original 950s, whose performance, unlike the explosive Super Duke, unfolded more gently, almost perfectly linearly. That is probably why the came 990 supermoto with 115 hp not quite as powerful as the Super Duke, the increase compared to the previous model is still a proud 17 hp.

With which the next effort was already programmed. 115 PS make considerable chassis technical precautions necessary. More offset of the fork legs ensures a shorter caster. And because chassis unrest on uncovered motorcycles often results from strong lift on the front wheel, the seat and the front section have been redesigned so that the driver is now about two centimeters further forward than before, which means that they put more weight on the front wheel. Relatively hard fork springs that are driven with a lot of negative suspension travel serve the same goal.

Hidden, but at least not unmentioned, advances in processing quality such as the higher-quality plug-in connections or the better upholstery and cover materials for the bench. The upgraded 990 Supermoto is to be produced at the end of January and will go on sale in February for 11595 euros plus around 200 euros for ancillary costs. 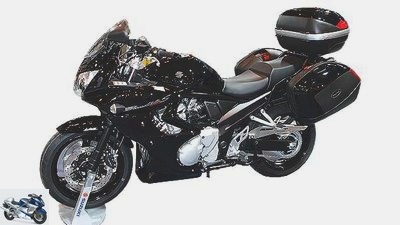 Pimp my tour: This bandit was built with accessories from the Suzuki range.

“Upgraded” is also the appropriate term to describe the Suzuki Bandit 1250 GT, as it was recently shown and called at the NEC trade fair in Birmingham. Because although the appearance and the additional designation suggest a new tourer, it is a normal S-model that has been topped up with a fairing kit, case set and navigation system from the Suzuki accessories range. For around 2900 euros. Nothing that you couldn’t have in this country, as Bert Poensgen from Suzuki Germany remarked somewhat grumpily. In addition, the GT shows how close Suzuki comes with Bandit technology to a specially constructed tourer. The greatest effort would be to develop a cardan drive. Or rather a revival, because the GSX 1100 G from the nineties already had a cardan that was designed for high performance and weight. Besides the engine, the only thing that was convincing about the 1100 G.. 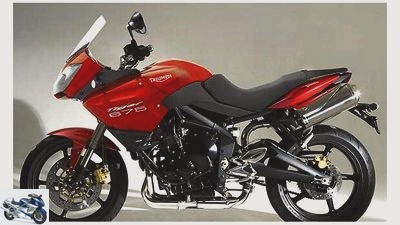 The Street Triple chassis was used for this computer retouching, but that was not enough for the development of the real Tiger 675.

“Triumph is known for producing entire series and not just individual models.” This was the only comment from Uli Bonsels, press spokesman for Triumph Germany, about the rumors about a Tiger 675 speaks of a new Triumph model that will be presented in mid-2008 for the following season. The computer retouching shown here is still too close to the Street Triple in terms of suspension travel and ride height, a Tiger would be significantly higher. The lines of the cladding and seat give a reasonable impression of a possible design option. 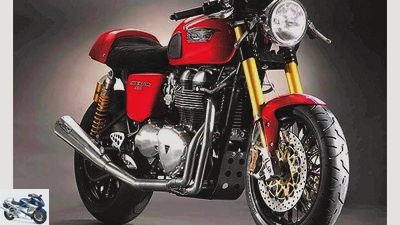 Triumph launched a similar test balloon as the Bandit with touring accessories in the form of one Scrambler and a Thruxton. They have been refined with Triumph and Harris accessories. The Schrambler, matt black, with studded tires and headlight grilles, tends towards military motorcycles, but its puristic look is of course also very attractive to civilians. A raised Arrow exhaust system with minimal damper volume and Ohlins struts are part of the package. The red lacquered Thruxton offers a lot more Ohlins, which combines its more traditional sportsmanship with a front section of the most modern and finest. The Swedish upside-down fork is joined by radially screwed Brembo four-piston calipers and 320 mm brake discs.

Because of the popularity that these two equipment variants received at the trade fairs in Milan and Birmingham, Triumph is considering adding some of the components that come from Harris to its own range. It has not yet been decided whether there will also be complete special models. 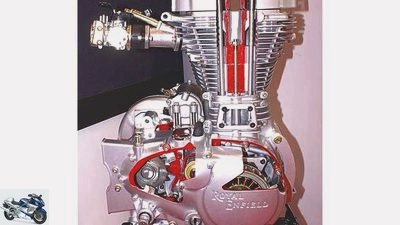 The new Enfield drive combines the motor and gearbox in one housing.

Royal Enfield seems to be in a kind of Indian-European dichotomy and is therefore very cautious about the new engine. Two years ago there were examples that had run more than 100,000 kilometers in endurance testing, and the single-cylinder, which was advertised as extremely economical and inexpensive to manufacture, would be exactly the right engine for India. With 30 HP even a veritable prestige object.

But whether it offers what European and American fans are looking for in an Enfield is uncertain. They like the real old technology, which has been produced without interruption since the 1950s. First in England, then in India. How they react to the first model with the new engine, the Modern Classic, will be shown in the spring. MOTORRAD will soon be able to show photos of the complete motorcycle.