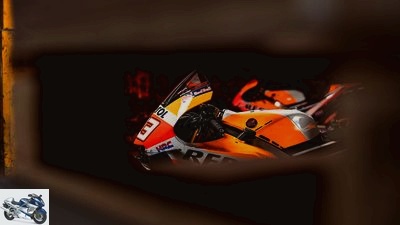 1/6
After a difficult season last year, the Repsol Honda Team wants to venture a fresh start in 2021. 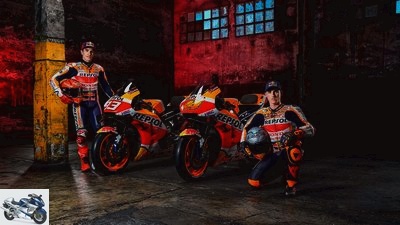 2/6
With Marc Marquez and Pol Espargaro. 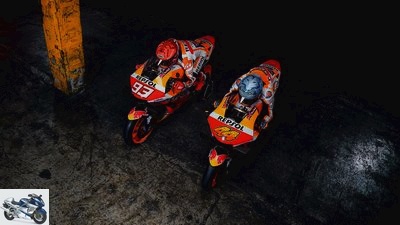 3/6
The two pilots are still a bit reluctant to formulate their expectations for themselves. 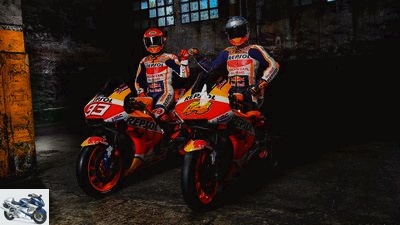 4/6
No surprise, because Marc Marquez cannot assess himself 100 percent even after the long failure. 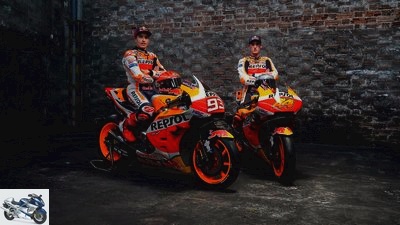 5/6
And Pol Espargaro cannot assess the bike yet. 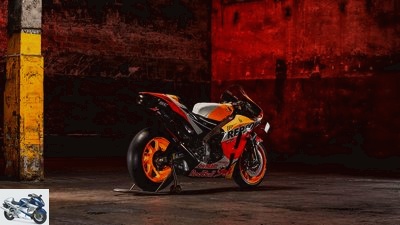 6/6
Apart from the aerodynamics, the MotoGP teams are not allowed to change anything on the machine from the previous year.

After a difficult season last year, the Repsol Honda Team wants to make a fresh start in 2021 – with Marc Marquez and Pol Espargaro.

Marc Marquez and Pol Espargaro will compete in MotoGP for Repsol Honda in 2021. The two have been teammates before – in 2004 for the RACC Impala Team, which competed in the 125cc class of the Catalan Championship. At that time Marc was 11 years old and drove his first 125cc season, Pol was 13 and in his second 125cc season. Pol won the championship, Marc finished second.

17 years later they are now starting in MotoGP as works drivers for Repsol Honda. And for Honda this is actually something of a restart. On the one hand with the new team member Pol Espargaro, who has just had his best season so far in the premier class with KTM. And on the other hand with Marc Marquez, who had to undergo three operations because of a broken upper arm after his crash in July 2020 and still doesn’t know when exactly he can get on the bike. And how that will be for him. He is optimistic but has to wait week to week to see what the doctors say.

His goal is to really enjoy racing again in the 2021 season. But he also knows that it will be a gradual process. “After months of downtime, I can’t wait to be back to the old one right away. It will probably take a couple of races”, said Marc at the official Repsol Honda team presentation.

And what does Pol Espargaro expect from his first season with Repsol Honda? “Hard to say. I won’t have that many days of testing and I don’t know the bike yet.”

Battle for the championship

The carefully formulated expectations of the two are balanced by other voices from the Honda team with a good dose of ambition and expectations. Team Manager Alberto Puig expects an ambitious team-internal competition, which should continuously improve the performance of the entire team. Pol is not a rookie and has already gained a lot of experience on other bikes such as Yamaha and KTM. And Marc will find a way how he can be the same again.

Tetsuhiro Kuwata, the HRC Director, even expects Marc to come back stronger than before. In short: Honda expects nothing less than that the two drivers fight each other for the world championship. It’s not really that surprising. Marc Marquez is after all an eight-time world champion. And with over 100 starts in the premier class, Pol is one of the most experienced drivers in MotoGP. With five podium places and two pole positions, he fought his way up to fifth place in the world championship standings in 2020.

Marc Marquez and Pol Espargaro formulate their expectations of themselves rather cautiously. Marc, because he cannot yet assess his physical and mental strength 100 percent and Pol, because he simply doesn’t know the bike yet. However, Honda knows its expectations as a team very well: Nothing less than the team-internal fight for the championship.