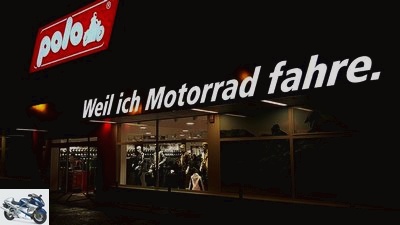 There is a change in management at the Polo headquarters in Juchen: Torsten Fischer is taking over from Michael Kern.

With Torsten Fischer, the motorcycle clothing and accessories chain gets for the 1. August 2017 a new managing director. The 49-year-old fisherman, who previously worked for Detlef Louis, Otto-Versand and Globetrotter GmbH, is replacing Michael Kern (62). Kern, who became head of Polo in 2013, is moving to the company’s advisory board.

Polo Motorrad was founded in 1980 in Dusseldorf. After bankruptcy in 2012, the retail chain was taken over by investors and has belonged to the investor group Equistone Partners since 2015. polo currently operates over 90 shops in Germany, Austria and Switzerland and employs around 850 people.