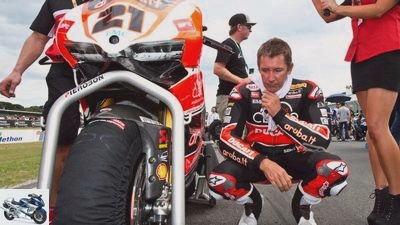 Troy Bayliss is a veteran of the motorcycle racing scene. At almost 49 years of age, the three-time Superbike World Champion wants to know again and is celebrating a comeback in 2018.

Between 2003 and 2006 Bayliss also competed in MotoGP with Ducati and Honda, but was unable to achieve any other notable results apart from one race win (Valancia 2006). 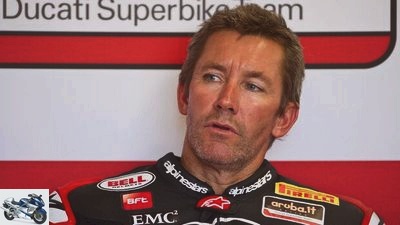 Troy Bayliss is making another superbike comeback at the age of almost 49.

Bayliss last raced in the Australian Superbike Championship in 1997. He finished second that season and then started his international superbike career.

Bayliss is training hard for his comeback, as he emphasizes in interviews. He has lost 6 kilos, does yoga every day and lives like a monk. In the first tests on the Phillip Island circuit, Bayliss set the tenth fastest time, 1.2 seconds behind the fastest opponent. Still, Bayliss has only one goal: He now wants to win the championship title that he has always missed.

Nice side aspect. Bayliss’s 14-year-old son Oli rides in the 300 class as part of the Australian Superbike races.