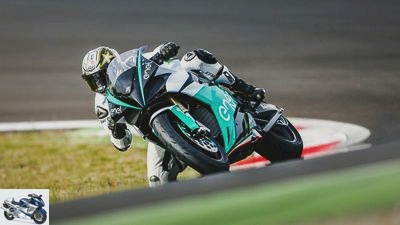 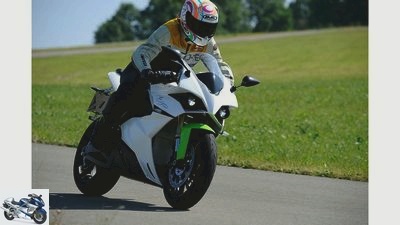 1/10
The Energica Ego is professionally made, because behind the new manufacturer is the CRP Group, an Italian Formula 1 supplier that uses its innovative laser-sintering material Windform for 3-D printing. 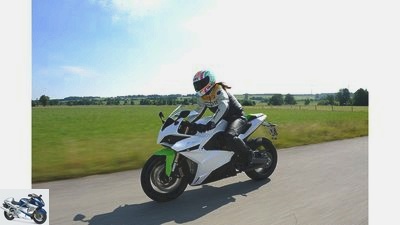 2/10
The mappings in the easy-to-read TFT cockpit offer the usual choice between several driving modes.

In addition, the recovery of energy via the brake can be set. 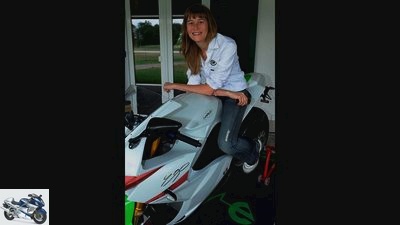 3/10
Slow and ugly – this is how electric motorcycles are anchored in the minds of many motorcyclists. “That’s why we built a super sports car right away,” says engineer Livia Cevolini, head of the manufacturer Energica from Modena. 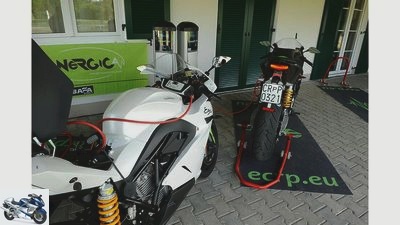 4/10
After 150 kilometers, the Energica Ego needs new energy. This takes a good 20 minutes at a fast charging station, otherwise over three hours. 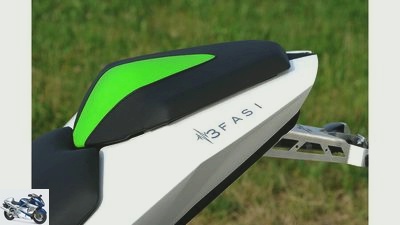 5/10
The partner of the Energica Ego. 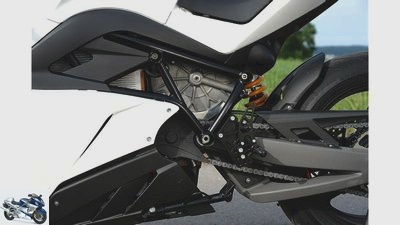 6/10
After a 30-kilometer test drive, the charge indicator is almost 80 percent. The Energica Ego should cover around 150 kilometers, assuming a cautious driving style. 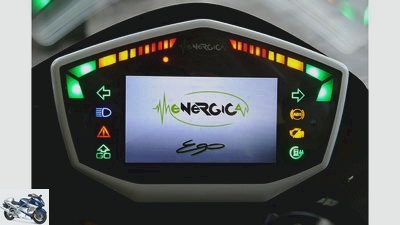 7/10
The Energica Ego’s high-quality TFT display provides information about everything: from the condition of the batteries to the way to the next charging station. 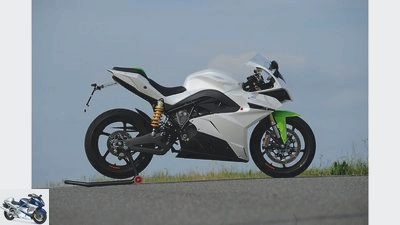 8/10
Despite its professional design and the emotional driving experience, the Ego will initially remain a toy for a few exclusive customers, also due to the high price. 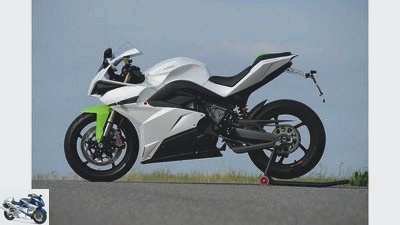 9/10
The first prototype of the Energica Ego, which MOTORRAD was able to drive last year, was also created largely in 3-D printing. 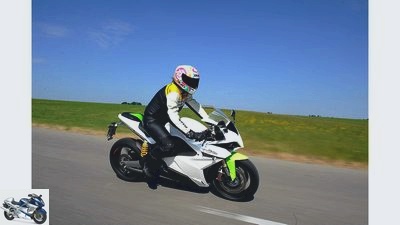 10/10
The Energica Ego should cover around 150 kilometers, assuming a cautious driving style.

From 2019, the FIM Moto-e World Cup is a new racing series with electric motorcycles. Details on the new “Electric MotoGP” as well as dates and race tracks we have summarized for you.

After it was officially announced in December 2017 that the new FIM Moto-e World Cup racing series will start in the 2019 season, there are now more details about the new one “Electric MotoGP”. In the course of an official presentation in Rome at the beginning of February it was confirmed that the Italian energy company Enel will be the main sponsor of the new racing series. A total of 18 motorcycles from the motorcycle manufacturer, also from Italy Energica are to start in a separate competition from the 2019 season in selected races as part of the MotoGP.

18 motorcycles are to go to the start

The FIM Moto-e World Cup will initially be held for three years from the 2019 season. There is also some information about the teams that are supposed to compete in the electric championship. The seven private teams currently competing in MotoGP will each receive two bikes. In addition, four teams from Moto2 or Moto3 will be provided with a bike. It is not yet known which drivers will start. 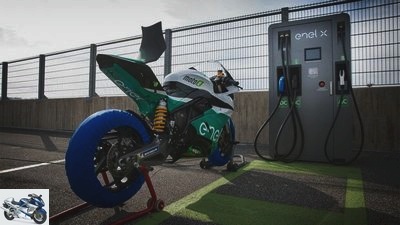 At the presentation in Rome Loris Capirossi led the first Energica prototype for the FIM Moto-e World Cup. The former world champion was allowed to try out the prototype on the racetrack and commented positively on the first test laps with the new electric bike: “The feeling is different. I tested this bike for the first time in 2016 and immediately knew it was great to ride. We are still at the beginning, but the development will now go steeply uphill”. Nothing has been said about the exact technical data.

A championship with electric motorcycles had been planned for some time. In December 2017, the new FIM Moto-e World Cup racing series was officially confirmed. The makers of the new series have decided to sign the Italian manufacturer Energica as the only motorcycle supplier. Other manufacturers were also in discussion as suppliers, but did not completely convince the series makers.

Energica has made a name for itself as a manufacturer of electric motorcycles in recent years. The manufacturer’s top model, the Energica Ego, delivers 145 hp and should therefore achieve a maximum speed of 240 km / h. It will be launched in a revised version in the FIM Moto-e from 2019.

Statements from those responsible

“FIM is very happy to support the development of new technologies. Energica has proven to be a reliable and leading company in this field. With the great support from Dorna, we are sure that we are on the right track.”

“The FIM Moto-e World Cup is a new and exciting project for Dorna and we are very proud to announce that Energica has been selected as the manufacturer for it. There couldn’t be a better partner for this than Energica. We look forward to working with you and look to the future together.”

“We are proud to have been chosen by Dorna and have already taken on this project. The passion for engines brought us here. We’ve taken electric motorcycles to a whole new level. Our history comes from racing and our passion has always helped to get to this level. The Moto-e is a fantastic project that can now be realized thanks to Dorna and us.”