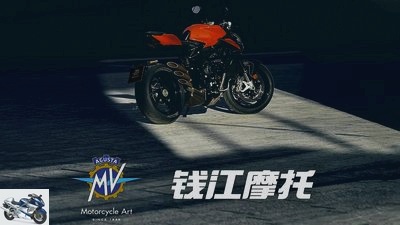 MV Agusta Motor has announced a new strategic partnership with QJ-Motor Co. to distribute the brand’s motorcycles in China.

The QJ Group is one of the largest and best-known two-wheeler manufacturers in China and, among other things, the parent company of the Italian brand Benelli. The agreement between the two companies initially concerns the distribution of MV Agusta models through a network of flagship stores across the country. At a later point in time, the partnership should also feature important industrial developments. A collaboration in this sense is currently being defined.

MV Agusta initially started with its partner Fekon Co. in China. QJ-Motor is now taking over the seven existing mono-brand stores and is expected to expand the sales network by a further 21 stores within twelve months.

Timur Sardarov, CEO of MV Agusta Motor, expects the long-term partnership to make MV Agusta the leading Italian premium motorcycle brand in China over the next five years. Another important collaboration in the industrial sector is to be announced shortly. Here QJ-Motor could have anticipated, because the Chinese have announced a new four-cylinder engine, already identified the MOTORRAD as an older MV Agusta unit. Presumably the Chinese are allowed to reproduce this motor under license. With this 1,000 unit, the Chinese could enter completely new segments. 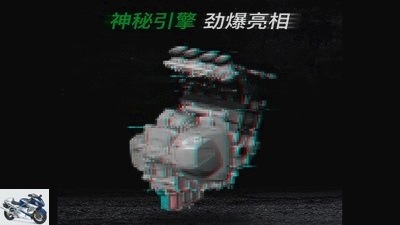 Dongshao Guo, General Manager of Qianjiang Motor Co. commented accordingly: “We hope that in the future we can work together to bring Chinese customers more high-performance motorcycles that are fashionable, easy to use and fun to ride.”

MV Agusta is positioning itself more and more broadly. After the cooperation with Loncin to build small-volume models, another large Chinese partner is now on board with QJ Motor. The future, at least in Asia, seems to be secured.