If there’s one brand you didn’t expect in neo-retro fashion, it’s MV-Agusta. Its past is much richer in the field of competition than in road models. We remember the 500 MV3 more than the 750 Sport or GT.
A sportswoman will however invest the movement … but in the manner of MV, or a mixture of sensual design, haute couture and mechanical tension. The result is this absolutely stunning Superveloce 800 Ottocento.

Neo-retro certainly finds its finest achievement here. This sports car has an irreproachable stroke of design, merging the history of the brand with a nervous and modern style. The details matter as much or more than the overall look. Impossible to remain insensitive to the round lighthouse from which springs a captured light beam of yellow. Memory of a long time when all vehicles lit up the nights in this warm color. The yellow-orange windshield is supervised by a singular cap. The fairing, all in carbon, gently lets F3 lines filter through, ending with an admirable rocket stern and its circular light. Special mention for the tank, held by two leather straps linked together at the level of the filler cap; a very beautiful piece there too.
The SC Project silencers appear vintage to perfection, each celebrating a cylinder after a 3 in 1 in 3 passage and positioning itself in the asymmetrical way of the racing bikes of yesteryear from the Meccanica Verghera. Even the rims dare to upset the eyes, with the spokes arranged like sticks. As with any MV, the temptation is present upon discovery. But she’s clearly getting more insistent here.

We were talking about F3, it’s not innocent. The Superveloce is not a 100% new motorcycle. It is based on the F3 800, from which it takes up the technical essentials. The 3 cylinder has received some adaptations and develops 148 horsepower. The driving position has also been revised while the footrests are adjustable. Under the dress are barely concealed the tubular trellis frame attached to the aluminum plates, the large 320 mm brakes with Brembo radial calipers, the inverted fork and the wonderful single-sided swingarm. If the past can be read on the attire, modernity is remembered before the pilot’s eyes with a color TFT dashboard.

Before rushing to the dealership, let’s temper, disappoint and hope. This 800 Superveloce is only a concept for the moment; but very successful. A production version was initially due to arrive in the second half of 2019. Finally, it will be necessary to wait until March 2020 to be entitled to a high-end ORO series, limited to 300 copies. Advertised at 27,990 euros, it promises to be 10,000 euros more expensive than the F3 800 from which it derives. It hits, like all Oro series since the F4 750. 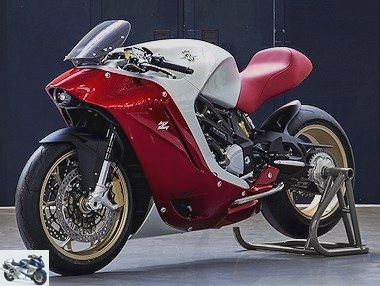 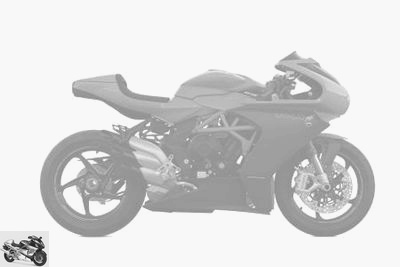 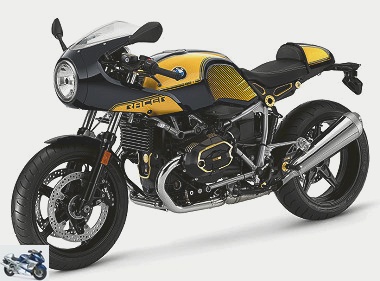 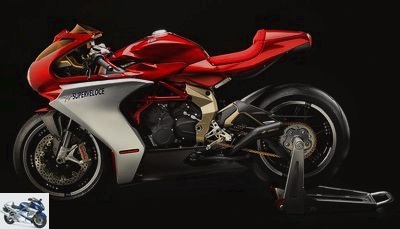 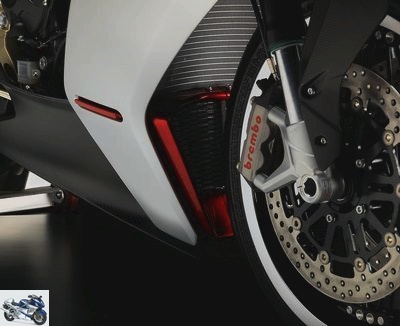 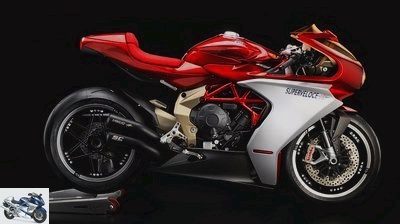 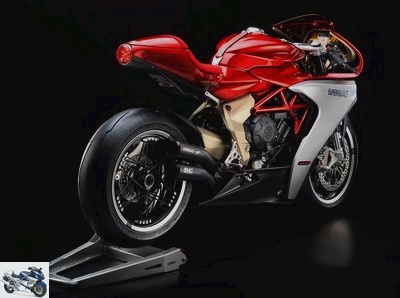 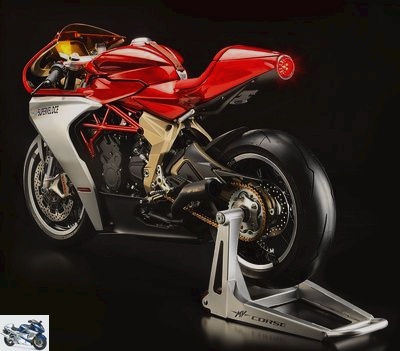