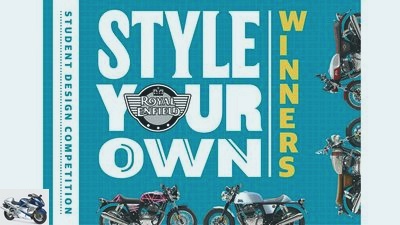 1/10
All over Europe, students were allowed to create their own design for the 650 Royal Enfield models. 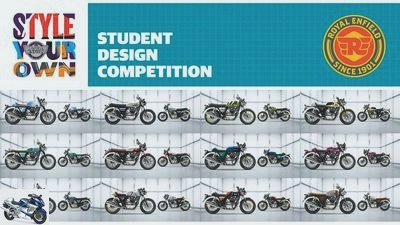 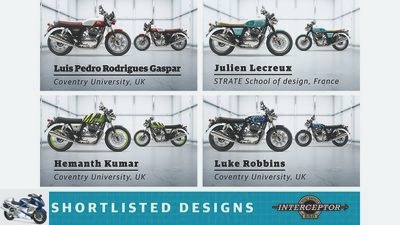 3/10
The Interceptor 650 model could be redesigned. 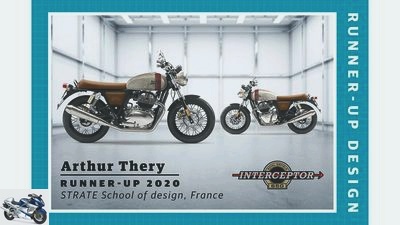 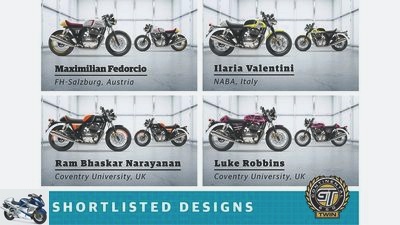 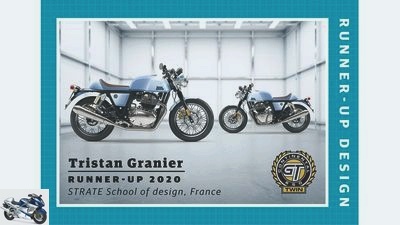 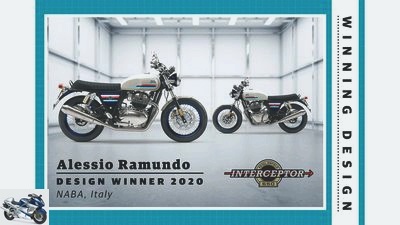 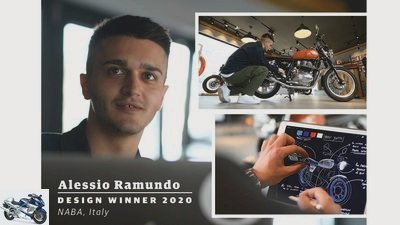 8/10
It comes from Alessio Ramundo from Italy. 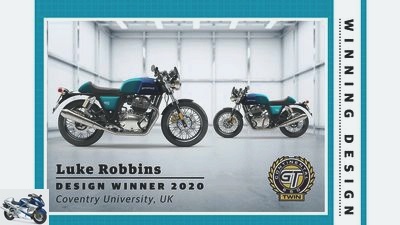 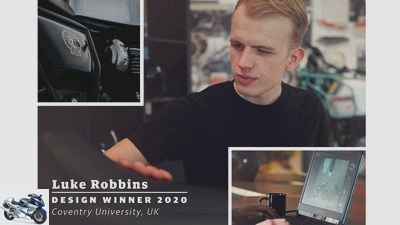 Royal Enfield design competition
The winners have been determined

All over Europe, students were allowed to create their own design for the 650 Royal Enfield models. Over 180 designs were submitted. Now the winners have been determined.

With the Europe-wide initiative “Style Your Own – Student Design Competition” wanted the Indian motorcycle manufacturer Royal Enfield attract a new, dynamic and younger target group for the motorcycle community. Accordingly, the design competition is aimed at the next generation of designers, engineers, draftsmen, trendsetters and motorcycle fans.

The competition was organized jointly with universities and design institutes in Great Britain, France, Italy, Spain and Germany. In the end, over 180 designs were submitted. The task for the students was, “their ultimate interpretation” of the two motorcycles Interceptor 650 and Continental GT 650, which in their opinion would appeal to and delight both experienced and new motorcyclists. 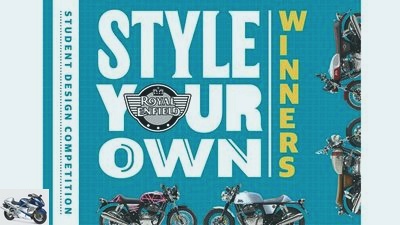 Each student received editable, multi-layer Photoshop design files created by the Royal Enfield Custom Design Team, which were then creatively personalized with their own paint jobs and decorations for specific parts of the Interceptor 650 and Continental GT 650 (as well as the optional genuine motorcycle accessories).

There was a support “Inspiration board”, which showed each student’s entire creation and research process – combined with elements of Royal Enfield’s rich history (inspirations from 120 years of branding heritage) and more progressive, visionary approaches to design – to appeal to the next generation of Royal Enfield owners and drivers.

A final shortlist of twelve designs (six per model) was presented to the European jury consisting of ten journalists (including motorradonline) and evaluated. In the end there were two winners. The two winning designs come from Luke Robbins – Coventry University, Great Britain (Continental GT 650) and Alessio Ramundo – NABA, Italy (Interceptor 650)

These two winning designs are now being produced as one-offs at Royal Enfield in Great Britain in collaboration with the two designers.

Royal Enfield has called on young designers to further develop the 650 models. Now the two winners of the competition have been determined. Your designs will be realized as a single piece.