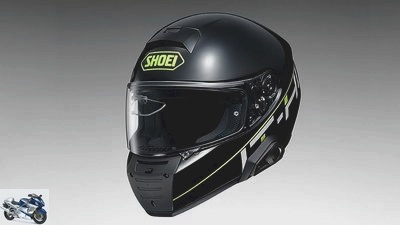 The Japanese helmet manufacturer Shoei presented its first smart helmet at the CES in Las Vegas – with a head-up display, voice control and smartphone coupling. 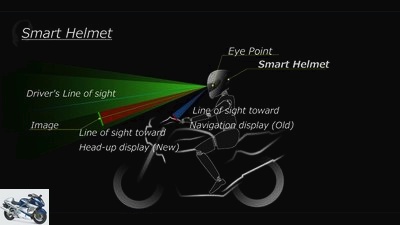 The HUD system projects the image far in front of the driver.

Smart motorcycle helmets are on the rise. At the CES in Las Vegas now also has industry giant Shoei presented its first smart helmet with the IT-HD. For many startups, serial production of smart helmets seems uncertain, but if Shoei is now involved in this area, the start of series production is not far away. The Japanese have now confirmed the start of production in spring 2020. The smart helmet will initially only be offered in Japan. The price range was given as the equivalent of 1,000 to 1,200 euros, with a sales volume of 5,000 helmets per year. The helmet will be homologated according to all global standards (JIS, PSC, ECE and DOT). 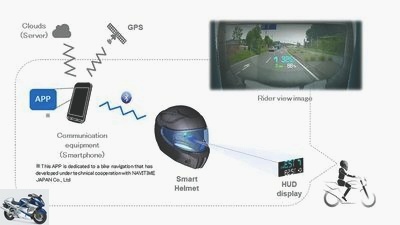 The system is networked via app and smartphone.

The smart helmet was developed in cooperation with the Japanese technology group NS West, which mainly produces IT systems for automobiles – including head-up displays for the car manufacturer Mazda. The smart functions of the Shoei IT-HD include a 6-inch head-up display on the front edge of the helmet in front of the driver’s right eye, which so far has only virtually projected navigation information about two meters in front of the driver. Later it is planned to display further data, for example from an upcoming V2X or V2V communication (vehicle-to-everything or vehicle-to-vehicle). One of the data sources used is a smartphone networked via Bluetooth. Voice control should also be integrated. A corresponding control module is located on the outside left on the helmet shell, all other components are located in the area of ​​the chin bar.

The basic helmet itself should meet Shoei’s high safety standards. The weight is currently around 1,700 grams, with the head-up display accounting for around 270 grams. However, intensive work is being carried out on reducing weight. Retrofitting solutions are not planned.